As premises for preschool shows go, Sanjay Patel’s Ghee Happy is one of the more interesting ones. It’s the only kiddie show that can be called a prequel to a religion.

The show is about the Hindu deities, before they were famous, back when they were infants soiling their Divine Huggies with God Poop. It’s Rugrats meets Vishnu! Apparently this isn’t blasphemous to the Hindu faith. Most people outside of India don’t know much about it anyway, which is the point….that’s where Patel’s show comes in.

“For the past 25 years I’ve been working in kids and family entertainment without having kids of my own,” Patel said in a statement. “Having finally become a parent, I’m so excited and lucky to be able to create a preschool series that introduces the great pantheon of Hindu Deities, not just into a beautiful and colorful series that is truly entertaining and original to my kiddos, but to families around the world.”

Sanjay Patel previously worked for Pixar, where he contributed to Ratatouille and the two Incredibles films. But his standout work was Sanjay’s Super Team, a theatrical short that also involved the Hindu gods, that time casting them as superheroes in a little boy’s mind. Sanjay’s Super Team was popular enough to get its own hardcover art book, a feat few other Pixar shorts have achieved.

Netflix doesn’t come to mind for most people when they think of shows for little kids, but they’re working to change that….and carving their own niche by focusing on other cultures. The streamer has also announced Mighty Little Bheem by Rajiv Chilaka and Dino Girl Gauko by Akira Shigino. 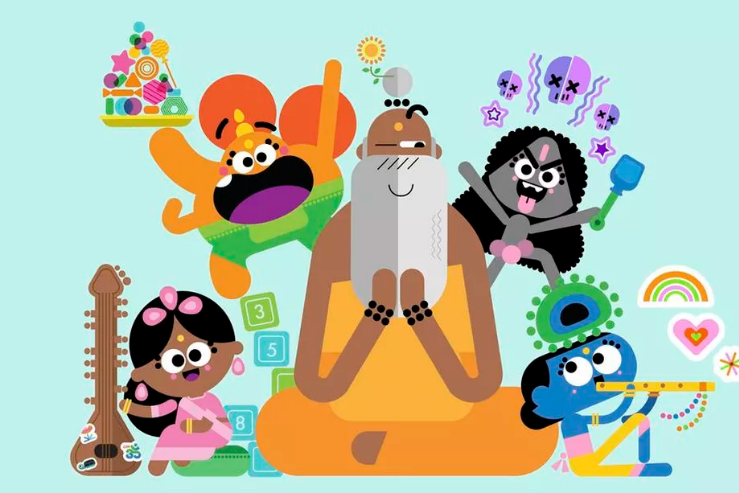