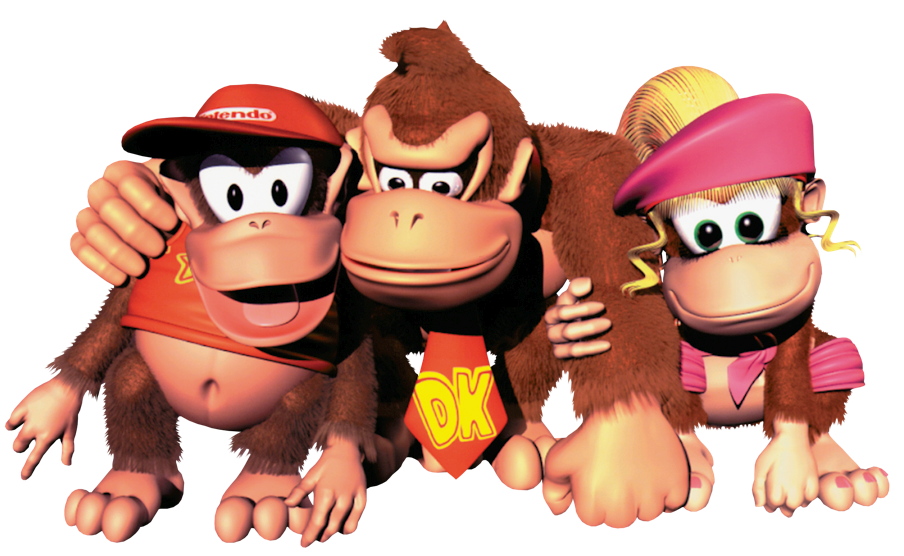 Not just “trilogy,” but “trilo-gies.” For the first time, the Donkey Kong Land Game Boy games are also available.

Why is this news? Because in November of 2012, Donkey Kong Country and its sequels were pulled from the Wii Shop Channel without warning or any explanation. They were still re-downloadable if you’d purchased them before, but newcomers were out of luck, and were given no advance notice they would be. I, personally, had only bought the first DKC and when I felt the urge to replay DKC2, I had to drag out the old cart and play the game with a fuzzy analog picture.

Whatever issue was going on behind the scenes appears to have been resolved. For first buyers, the SNES DKCs are $7.99 each and the Game Boy DKLs are $3.99 each. If you already purchased any of the DKC SNES titles before they went offline, you can buy the Wii U versions for a buck fifty. The DKCs on the Wii Shop Channel have also been restored so if you want to be a completist, you can buy them both.

Rare’s final game in the Donkey Kong series, Donkey Kong 64, has never been legitimately for sale in any downloadable format. The prevailing theory is that the inclusion of the game Jetpac, which Rare owns 100% (and now Microsoft owns 100%), makes DK64 impossible to resell without paying MS some kind of royalties….and Nintendo bows to no one. Though we’re just guessing about this, and it could also be some kind of glitch or bug that makes the game hard to emulate….who really knows.

Get to rescuing that banana hoard, all of you!