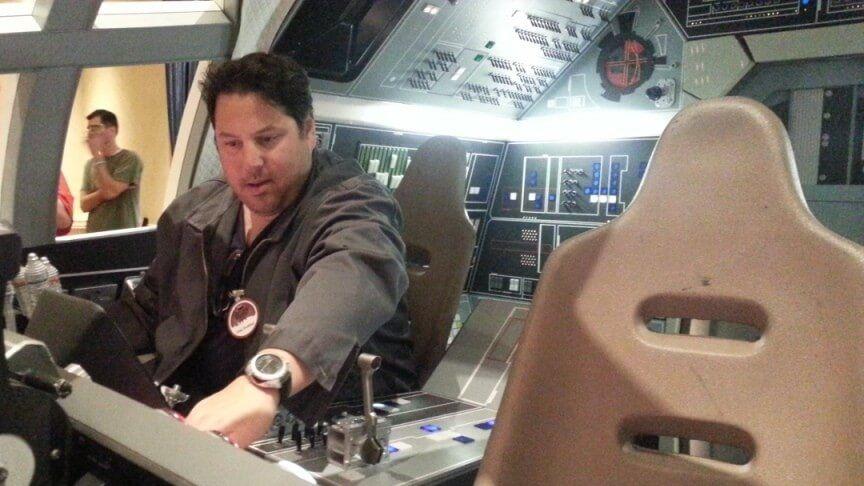 We’re slowly making our way to the arrival of Star Wars: The Force Awakens. Surprisingly, we still don’t know a lot about some of the characters; both main and secondary. To be fair, we know a lot of the people who are in the movie, but not much about the characters themselves. One of them being Greg Grunberg. But for Grunberg, there have been some details revealed (via Star Wars Underworld) about his character that many may find interesting:

•He has signed for three movies.
•He shot for 7 weeks in London at Pinewood.
•He is not a CG character.
•He has facial hair.
•He has no prosthetics.
•He never read the whole script. It was on red paper.
•There will be an action figure with his character.
•The actors had to wear cloaks while walking towards the set.

Grunberg himself also noted that his characters: “spends a significant amount of time in the cockpit of the Millennium Falcon” in The Force Awakens.

This is curious when you add the line from Han Solo in The Force Awakens trailer where he says “Chewie, we’re home”. To many, this referred to the Millennium Falcon, and not a planet. Maybe Han has to win back the Falcon in some way. Interesting, yes? Well, hopefully we’ll get full details soon both for his character and others.