Disney Live-Action Fairy Tales: Why Do They Stand Out?

For years, Disney’s animated adaptations of classic fairy tales and novels have done very well, to the point that many think of Disney’s tales as the definitive versions. Now it seems as though their live-action fairy tale adaptations are becoming more successful than the competition as well. Recently, Disney’s live-action adaptation of The Jungle Book has been a box-office smash and garnered extensive critical acclaim for its’ visuals and its’ storytelling. By comparison, Universal’s The Huntsman: Winter’s War has been a box-office disaster. In 2015, Disney’s live-action Cinderella was a hit with critics and audiences alike, while Warner Brothers’ Pan, an adaptation of Peter Pan, failed at the box office and with critics. Cinderella was nominated for one Oscar, while Pan was nominated for two Razzies. Even though neither movie won their nominations, that should give you an idea of how both movies were generally received, and how Disney has remained the king of adaptations of classic stories, while other studios have had to turn to more recent stories to be successful. I’m trying to figure out why Disney films like The Jungle Book, Cinderella and Maleficent do so well, and I think there are several reasons.

For one, these live-action adaptations aren’t afraid to go to dark places with their characters. That may sound silly, considering that Disney has their own Nightmare Fuel section on TV Tropes with sections for their animated projects, but these movies can get pretty serious, and they can change your perceptions of the animated movies. For example, one of the most notable scenes in Maleficent is when the title character (Angelina Jolie) has her wings cut off by her former love interest Stefan (Sharlito Copley) in a scene that many have seen as a metaphor for rape. Now when I watch Disney’s Sleeping Beauty, I have to wonder about the animated version of King Stefan. Disney has been very keen on subverting the tropes of their past in recent years, but whereas 2007’s Enchanted whacked you over the head with the Aesop “Don’t live your life like a Disney movie”, a movie like Maleficent is more subtle in these matters, teaching the lesson that people’s morality is not black-and-white. A supposed villain can have heroic traits and a supposed hero can be as nasty as the villains he’s fighting. 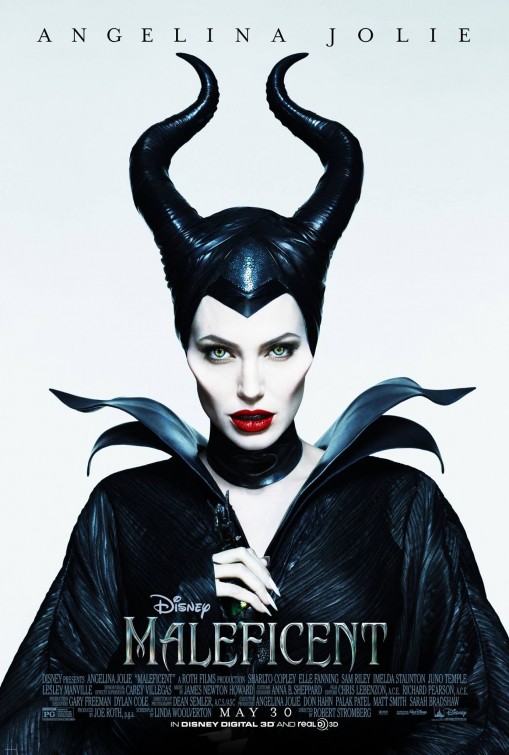 Another reason is related to the first one. These movies tend to be more violent. Nowhere is that more evident than in The Jungle Book. Death is frequently invoked and they say that certain characters died. They don’t use metaphors…They openly mention words like “death” and “killed”. They don’t often do that in the animated movies. Big Hero 6, for example, sees a character die, but nobody says the words “die”, “died” or “dead”. Maybe it’s because real life doesn’t have the soft touch, but instead has the bludgeon. When you’re seeing a character in a live-action movie (or in The Jungle Book’s case, a life-like computer-animated character in a live-action movie), you’re seeing something that might happen in your everyday life as a freak or a fluke. As such, you’re looking for something closer to your reality, and in your reality, you don’t usually pussyfoot around with your words. You’re truthful, blatant, real. That’s what these movies can be, even if they’re dealing with talking animals.

Third, and I think probably most importantly, is that despite the dark directions these live-action adaptations take, there’s still enough of their animated predecessors’ DNA in them to make you think back on how you enjoyed the cartoons in your youth. Maleficent still has her spiel at the birth of Princess Aurora, while The Jungle Book still has songs like “The Bare Necessities” and “I Wanna Be Like You”, performed respectively with a laid-back style by Bill Murray and a great energy by Christopher Walken. There are still scenes of comedy relief, whether it’s through Aurora’s fairies in Maleficent, Helena Bonham Carter’s Fairy Godmother in Cinderella, or characters like Baloo and Ikki, a porcupine voiced by the late Garry Shandling in what would be his final movie before his untimely passing earlier this year.

I think, in the end, that the brain trust at Disney is so familiar with their animated versions of these classic stories that they can really change it up, yet at the same time, remind us all of why we loved the animated versions in the first place. Studios like Warner Brothers and Universal don’t have the same history with these characters that Disney does, and so they take the wrong lessons from Disney’s live-action adaptations. It would be nice to see Disney do some more original movies, but that’s what the animated division is for. I’ll be there for as many of Disney’s live-action adaptations as I can in the coming years. Will you?

Dark Horse Has The Star Wars License Back…Sort Of

For the longest time, in the comic book industry, “Dark Horse” and “Star Wars” were synonymous with each other. They created a rich and extensive library of alternate-canon storylines from a galaxy far far away. Then everything changed when the Fire Nation attacked — I mean, Disney got involved. Since

The Flashback Interview: The Return Of Shelley Michelle

Earlier this year, I had the great pleasure of interviewing the versatile Shelley Michelle, the Body Double To The Stars who is still active and rocking to this day. As I like to keep in touch with my previous interview subjects, I called Shelley recently for a catch-up, and she

Welcome back, Couch Commandos! You know the drill.   We’re here to talk about the latest MCU joint: THE ETERNALS.   Once again, I stand my ground while my co-hosts are less forgiving of this Marvel entry.   Click on in and enjoy! (function() { var qs, js, q, s, d = document,

My first exposure to the work of my latest interview subject, Sandahl Bergman, came when WPIX, New York’s Movie Station, regularly played Conan The Barbarian throughout the 80s and 90s. Sandahl’s work as the brave warrior Valeria was very memorable. As I grew older, I would see more of Sandahl’s