Disaster Report is a survival game series, originally developed by the Japanese studio Irem, that puts you at the center of a major earthquake and tasks you with simply living through it. You must find water and food, scavenge for supplies and help other survivors. 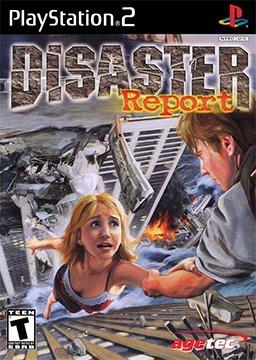 The original Disaster Report 4 would have come out for the Playstation 3 in 2011, but during development, a real-life natural disaster hit Japan in the form of the Tohuko earthquake. Viewing the publication of a disaster survival game in bad taste, Irem canned the game.

Now NIS holds the rights to Disaster Report, and they’ve decided to bring the series back….in even better news, the return will get an international release!

When a massive earthquake strikes your city, you find yourself at the epicenter of a chaotic and catastrophic crisis. It is up to you to rise above the calamity, collect your thoughts and fellow survivors, and outlast the disaster. Aftershocks, fire, falling buildings, and unstable ground are but a few of the threats you will face in these nightmarish circumstances. What will you do when every passing second and every snap decision could spell the difference between life and death?

Disaster Report 4: Summer Memories is coming in early 2020 to Playstation 4, Nintendo Switch and PC. NIS will make a Limited Edition available that contains the official soundtrack, a fake replica of the backpack in the game (meaning it won’t hold up if you use it), an ID tag and a collector’s box that looks like a First Aid Kit.