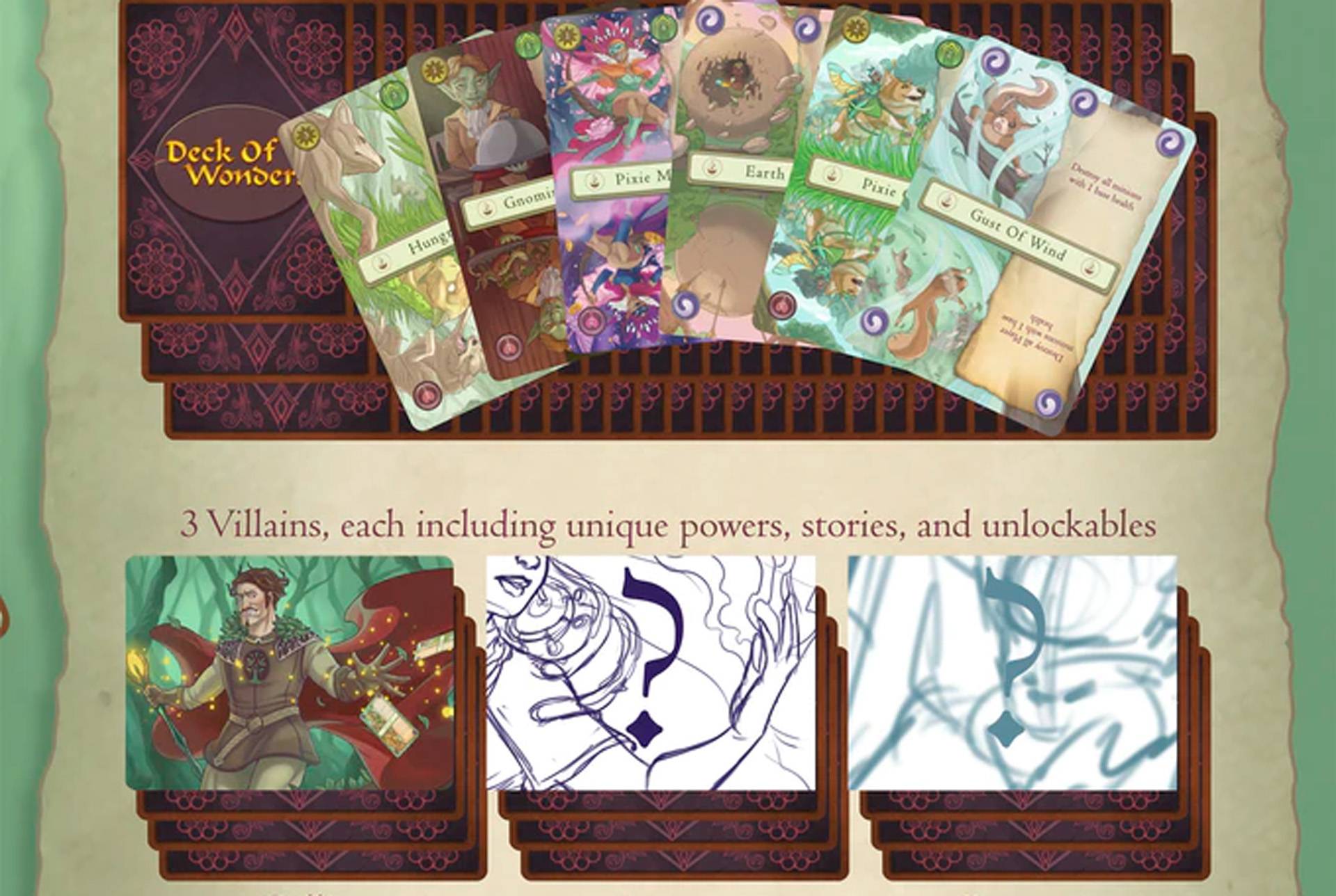 Cincinnati-based Furia Games has announced the crowdfunding campaign is now open for their solo card-battling game, Deck Of Wonders.

Fate is a powerful mistress, but what’s the source of that power? Maybe it’s the deck of cards she keeps with her at all times, as her most prized possession. Actually, today is one of those rare days Fate doesn’t have her cards….because you stole them!

Boy, is Fate mad. She’s sent her friends to retrieve the Deck from you, and the only way to save yourself will be to use it against them. Along the way, you’ll meet other individuals who don’t happen to be powerful agents of Fate, but heard you have her cards and would like to swipe them from you. You’re the most popular person around!

Deck of Wonders is meant as a solitary card game, but there is support for two-player co-op gameplay. To fend off foes like Cullin the Spoiled Prince, Aurora the Empath and others, draw your cards. Each card will contain a unique ability based on who draws it. Do battle by casting spells, summoning minions and dodging attacks from the villain. The Deck of Wonders itself fits in a compact totable box, but holds over 200 cards within.

Secure your own Deck of Wonders by heading to the Kickstarter page and making a $35 pledge. Upping the pledge to $55 gets you the Signature Edition with a special card signed by creator Dennis Furia and illustrator Lauren Brown. The deck will become a finished product by November 2021.

City Of The Shroud Gets Kickstarter Funding

Wheel Of Fate RPG Fully Funded In One Day