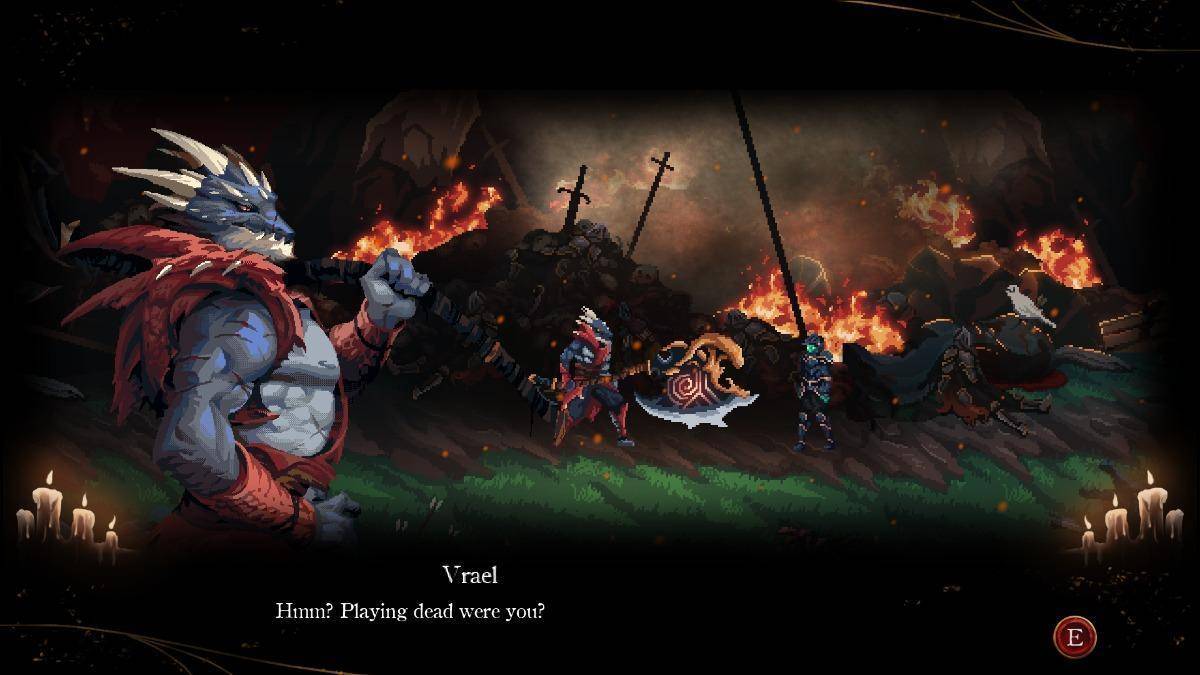 Attention fans of Castlevania and other such gothic sidescrolling jaunts: Developer White Rabbit’s Death’s Gambit, released through Adult Swim Games, is one for you. Playing as an agent of Death itself, you’ll explore a vast nonlinear world, face off against massive bosses, collect powerful weapons, and immerse yourself in a great gothic art style.

Death’s Gambit raises you from the dead to wage war against the legendary immortals of Siradon, a vast, unforgiving land of dark forests, medieval ruins, frozen wastes and more. As an agent of Death itself, you’ll wield an arsenal of uniquely powerful weapons and abilities in wickedly challenging battles that demand quick thinking and tactics. Choose from seven playable classes, customize your champion with new gear and talents, and adapt a play style all your own to survive against the beasts, knights, horrors, and undying guardians of the realm that lay ahead.

Finsihing the game opens up two new modes: Heroic Mode, where you rush all the bosses again, and the conventional New Game Plus mode, where you keep all your weapons from the previous playthrough.

Death’s Gambit is available now on Playstation 4 and PC through Steam. It costs $19.99.