The first trailer has been released for API Films’ Dark Harbor, which will have its world premiere in just a few days at the Catalina Film Festival.

Olivia is very pregnant. She could give birth at any time, but she can’t reschedule her father’s funeral, so she’s pretty much forced to hobble on a plane and fly to the island off the coast of Maine where she grew up. It’s going to be a miserable time, made worse by Olivia’s self-centered mother, who she wishes WAS dead. But it turns out her family is keeping secrets much darker than what they leave out in the open. Investigating those secrets, however, could put TWO lives in danger….

“The film tests the limits we are willing to go for forgiveness, redemption, and the truth,” says director Joe Raffa. “I hope Dark Harbor forces us to answer the questions we are otherwise afraid to ask ourselves. Can we let go of resentment and forgive a loved one who has betrayed us? How can we fix the suffering a loved one has caused? And, along this haunting and tense journey, you’ll find yourself gripping your armrest and holding your breath.”

One cool thing about Dark Harbor is its poster, which is hand-drawn with ink — something you don’t see very often with movie posters. It’s a cool look: 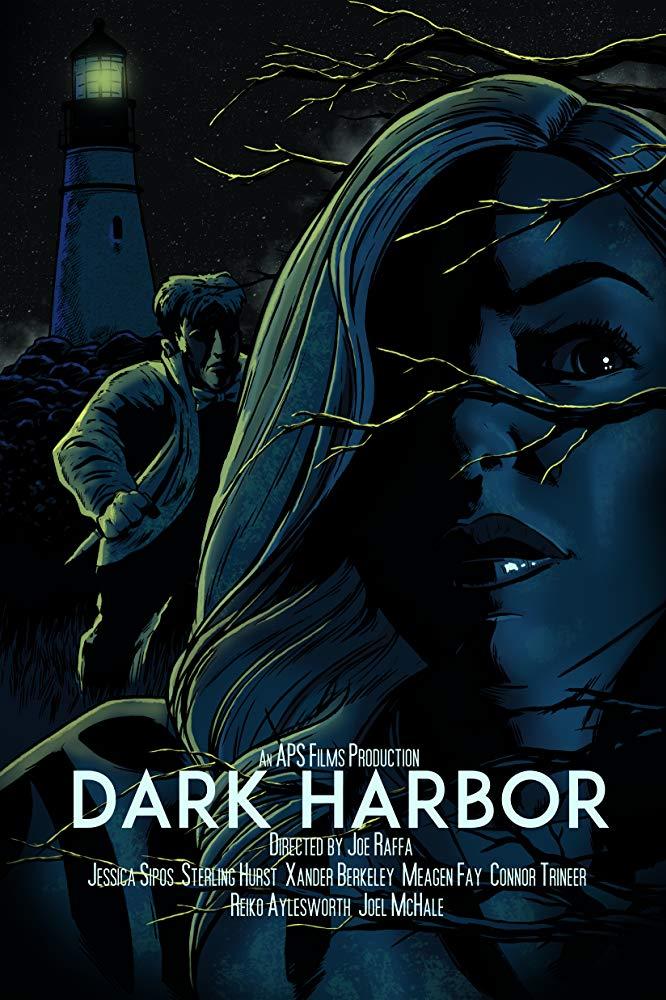 The film tour for Dark Harbor will begin with its Catalina premiere; future dates or a VOD / DVD release have yet to be announced.