It’s always cool to see Danny Trejo whenever he pops up. And you never know where he’ll pop up! He most recently appeared in, of all things, two episodes of Pamela Adlon’s Better Things last month, and soon he’ll be starring in his next action thriller, The Prey: Legend of Karnoctus.

In The Prey, Trejo’s character is leading a group of mercenaries in Afghanistan. When they’re ambushed by the Taliban, they and a nearby group of US soldiers (this was filmed a while ago) retreat into a cave, where a sudden rock slide traps them in with a monster called the Karnoctus. But if you ask us, the monster is the one trapped in with Danny!

The Prey: Legend of Karnoctus will be given a very limited theatrical run (as in, just one theater in LA for about a week) followed by its VOD premiere June 7 on cable platforms including Comcast, Charter, DifrectTV and others. It will be available on digital precisely one month later, July 7. 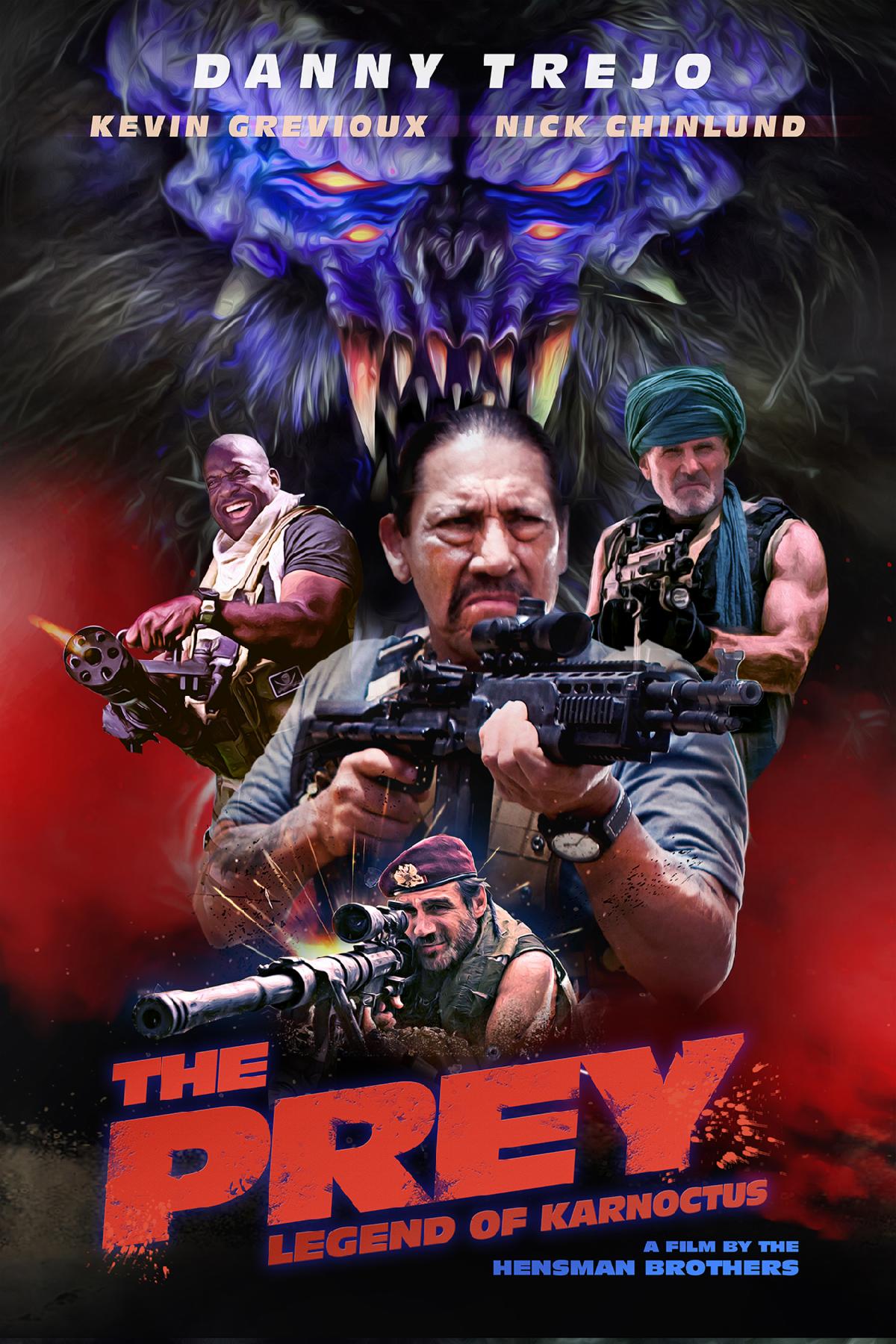 In the Afghanistan desert, a group of mercenaries out for treasure complete their greatest heist. Seeking refuge from the hunting Taliban in a nearby cave, they are soon joined by retreating US soldiers, and both groups are trapped within by a rocket explosion at the cave’s entrance. The newly joined parties need to work together to find an escape through the labyrinth but soon realize they’re being tracked by a deadly beast that local legend calls Karnoctus; and they have become… the prey.

Realm Of Divinos Launches Kickstarter Campaign Attack on Titan is coming to Dead by Daylight!