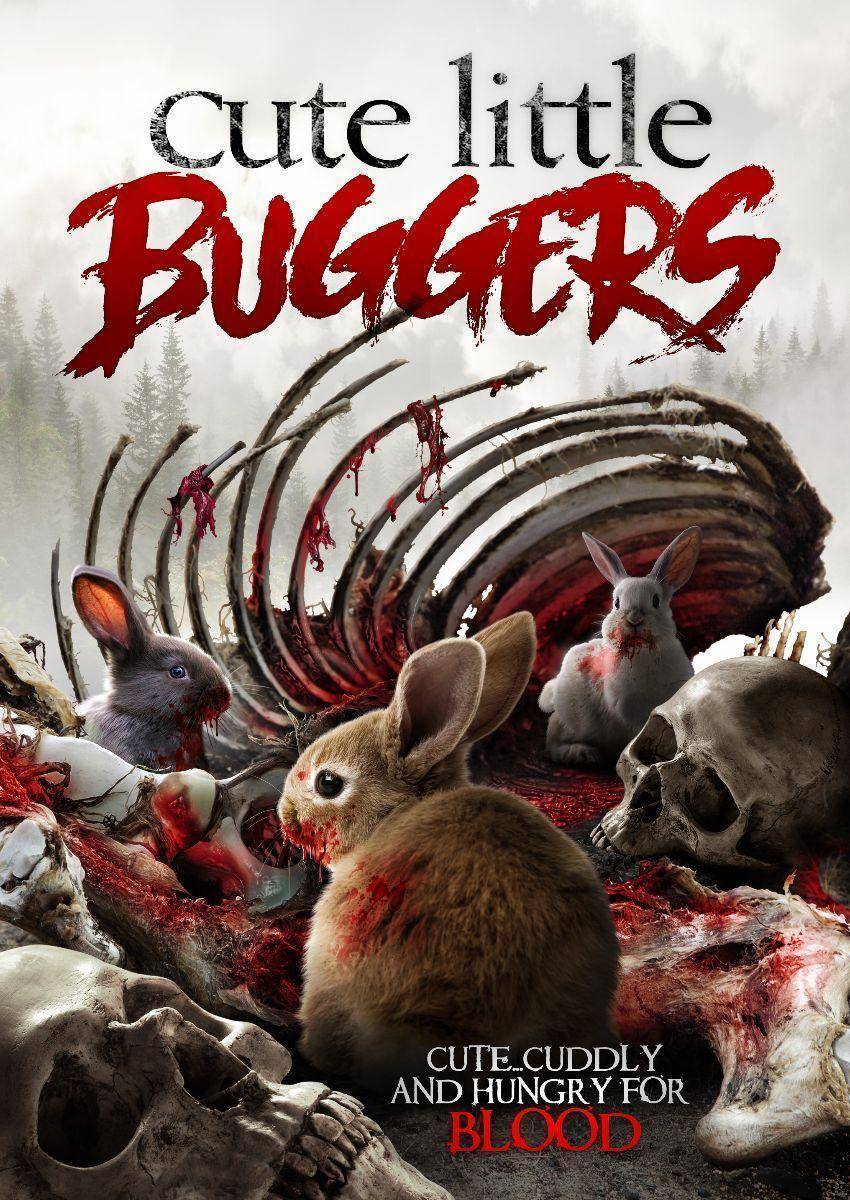 When a race of aliens looking for compatible mating partners send deadly alien creatures to Earth in the form of cuddly bunny rabbits, a horrifically bloody swath is cut through the English countryside. A young man named Melchior returns to his rural hometown just in time to witness the massacre, while trying to patch things up with his estranged father and currently engaged, ex-girlfriend. Can Melchior stop the aliens from abducting the busty female citizens of Deddington, including his beloved Rose? I wanted to hate Cute Little Buggers when it first started. I had planned to suggest that title “Raunchy Little Perverts” would have been more appropriate. Between the goofy looking fish aliens making off-color jokes about mating with human females and the nympho campsite turning into a bloody murder scene trope, it seemed like uninspired pap. But about 10 minutes in I realized what kind movie the director, Tony Jopia was making. 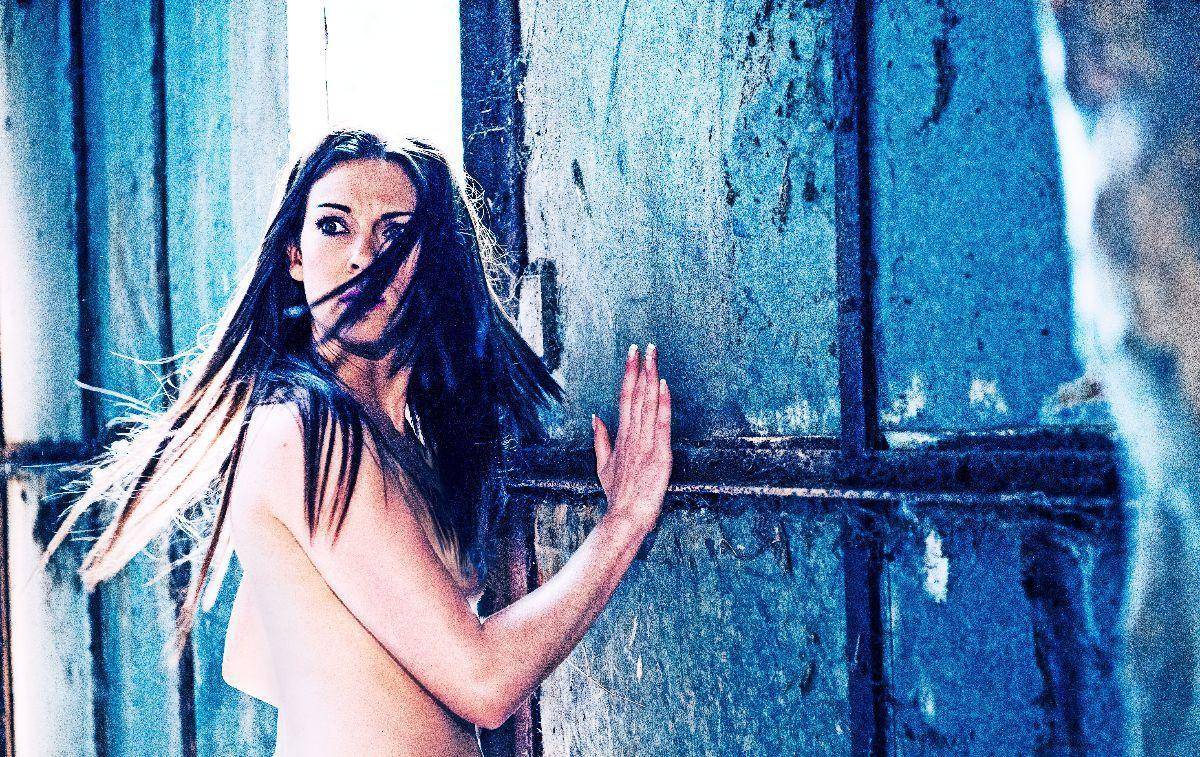 Cute Little Buggers is the modern day lovechild of 80’s creature features like Critters and Tremors mixed with the “Boobtacular” excess of teen slashers such as Slumber Party Massacre. Yes, with all the mammary madness on display, naked breasts deserve their own screen credit, but thanks to a seemingly endless cast of colorful victims and clever dialogue by writers Garry Charles and Andy Davie, Cute Little Buggers has much more to offer than mere titillation. The duo of rubber fish-faced alien invaders orchestrating the mass abductions and mutilations become increasingly hilarious every time the film checks back in with the pair, watching the action from their hovering spaceship. These scenes play out like a workplace comedy as the overzealous manager, Earnest continually berates his subordinate, Brian who then makes snarky passive-aggressive remarks as soon as the boss’ back is turned. The snappy dialogue and lively vocal performances never cease to entertain.

The main protagonist is fairly bland, but luckily he’s surrounded by wacky villagers who make an impression. At every turn the viewer is introduced to a new set of quirky weirdos reacting to the invasion in their own unique way. The segments featuring the Hot Fuzz style police force will definitely put a grin on your face, especially the interplay between the mischievous coroners who don’t seem to take their job very seriously at all. 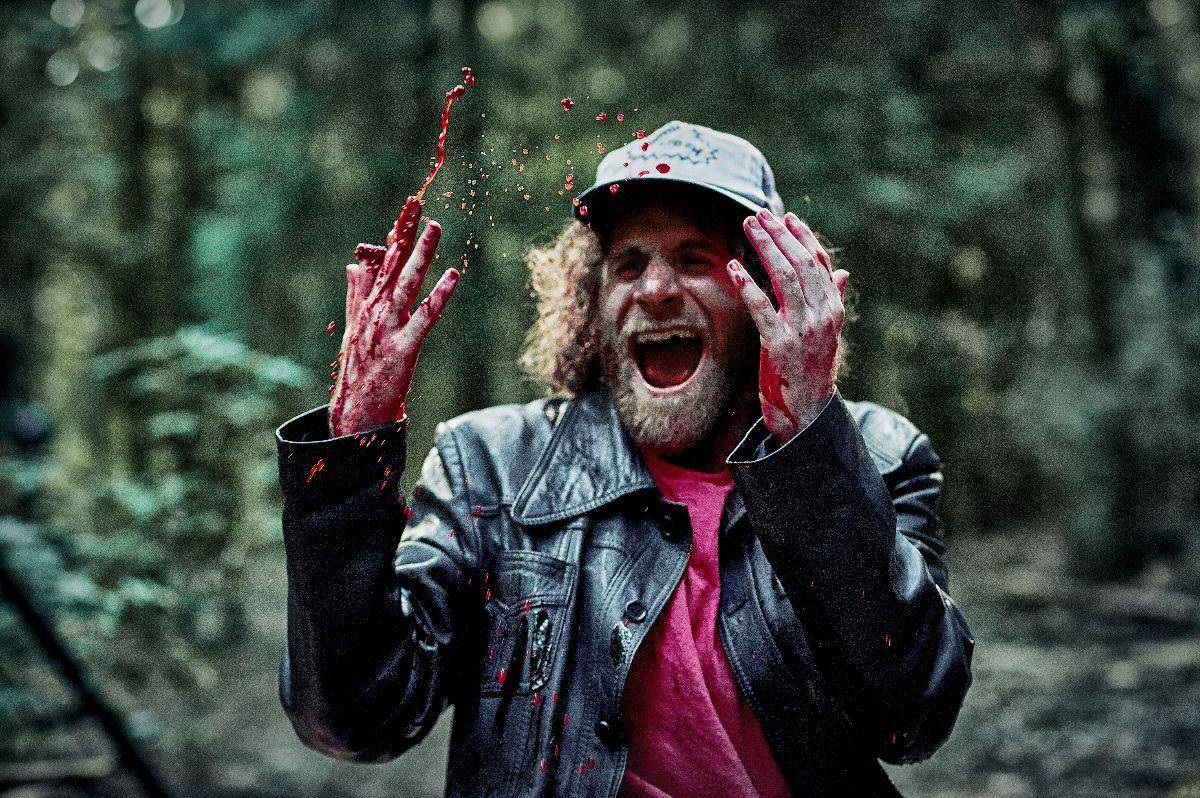 Also in the mix is a trio of hooligans who end up on the hunt for treasure in the woods after visiting a fortune teller played by veteran genre actress, Caroline Munro. You might know her best for appearing with Roger Moore’s James Bond in The Spy Who Loved Me, popping up in campy horror films with Christopher Lee or Vincent Price and even The Golden Voyage of Sinbad. Munro’s cheeky predictions ultimately lead these doomed treasure hunters to a gory showdown with the killer alien bunnies. Have I mentioned that the film is about killer alien bunnies? Well it is and they are vicious. They’re also very obvious CGI creations. Not that this distracts from the fun. I’ve come to realize that low-level CGI work is the modern day equivalent of puppets and rubber monster costumes from the 70s and 80s. It’s the 21st century cheesy horror aesthetic and works perfectly with the tone of this movie.

Even with the rampant humor there’s still a few disturbing images that are not for the squeamish. Let’s not forget that the aliens plan is to breed with Earth woman and results are cartoonishly graphic. If you couldn’t handle the tree-assault scene from the infamous “Video Nasty”, The Evil Dead, these birthing scenes will make you more than a little anxious.

The one area of the production that may be a bit distracting to some is the obvious ADR work. The fact that the dialogue was re-recorded after principal shooting means that sometimes the words don’t match perfectly with the movement of the actors mouths. This may be why the post production audio company is given a credit in the opening titles. You won’t have a chance to get bored as this silly splatterfest moves quickly from one wacky kill scene to the next, while still managing to move the story along. There’s one particular massacre at a town fair that just doesn’t let up on bodies being ripped apart as the most well endowed female townies are dragged away by the furry attackers. The discovery of which bodily fluid actually harms those rascally rabbits is another unexpected moment that got an audible snort and chuckle out of me. It was a case of setting up “Chekhov’s Cider Jug” that paid off in a big way. The choice of weapon to expel the deadly liquid is especially clever and the final payoff during a weapons malfunction is sure to elicit some guffaws from your inner-child. As I mentioned previously, Cute Little Buggers is not my go-to style of entertainment, but the solid comedy writing and loving parody of horror tropes made me appreciate its charm. If video rental stores were still around, this is one evil animals gone wild adventure that would not have you regretting the choice to pick it up off the shelf.

The raucous horror-comedy of Cute Little Buggers is available now from Uncork’d Entertainment. Get them, before they get you.

Caroline Munro is an accomplished actress with credits going back to the 1960s. You may know her from classic Hammer Horror films like Dracula A.D. 1972 or Captain Kronos – Vampire Hunter. Perhaps you saw her as Naomi the helicopter pilot henchwoman in the James Bond film The Spy Who

The Inheritance Comes To DVD And VOD This April

Uncork’d Entertainment will be presenting the haunted house movie The Inheritance on DVD and digital platforms this spring. The nameless woman at the center of this one just inherited a large European mansion. Even if she doesn’t want to live there, she can sell it for a gazillion bucks, so

Curse Of The Blind Dead Hits DVD And Digital This March

Uncork’d Entertainment is releasing the horror thriller Curse Of The Blind Dead on disc and digital early next month. Many, many centuries ago, the devil-worshiping members of the Knights Templar were captured and executed by the local villagers for their crimes. They used their dark powers to cast a curse