Curse of the Dead Gods, the new Action Roguelike from Focus Home Interactive and Passtec Games, is now available to PC owners via Steam Early Access. According to the developers, early access has a ton of content, with more planned for down the road. The game is also in development for consoles.

The Action Roguelike game contains intense challenges, fast-paced combat, powerful weapons, abilities, and false deities to slay. Your character sought eternal life, untold riches, and god-like powers, which has brought you to this accursed temple. You’ll undertake the quest to survive an onslaught of divine powers and the greed that threatens to consume you. Corruption builds within you as you journey deep into labyrinths with ever-changing traps, pits, and monsters. The curses you are subjected to promise great power, but demand a high price in return.

As part of the Curse of the Dead Gods’ Early access kick-off, players will be able to explore the Jaguar side of the Temple. This part of the temple features nine fighting styles, 10+ standard curses, room variants, and relics to discover. Players will also find unique game mechanics and traps. 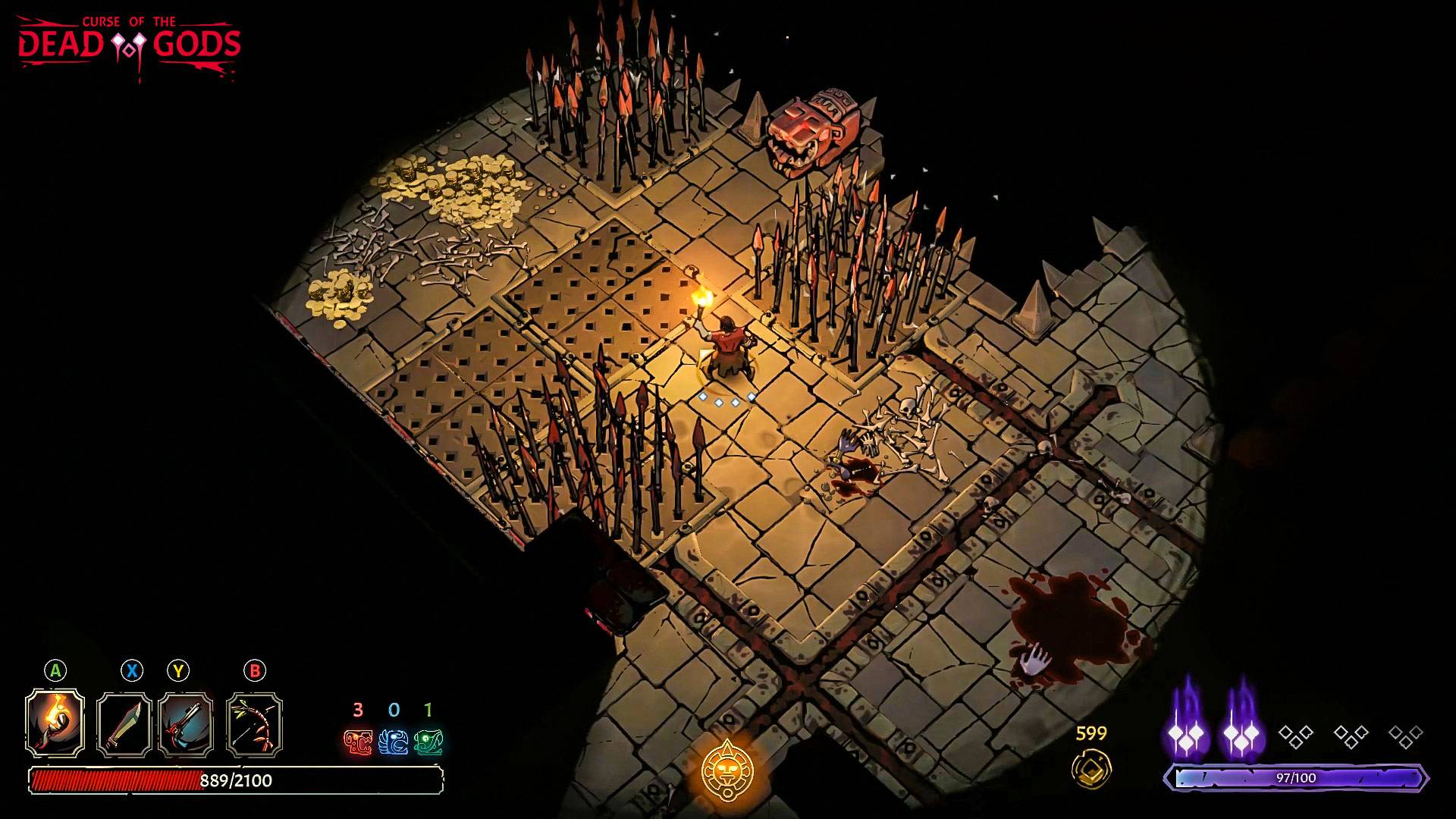 Some of the available Curses include:

The Steam Early Access page showcases upcoming updates like new temples, traps, enemies, bosses, modes, mechanics, weapons, curses, and more, all developed with feedback from the community. The game is currently available for the PC and will eventually be available on consoles. For more information on the game, visit the official Curse of the Dead Gods site.

Re:Legend is Reborn On PC September 6