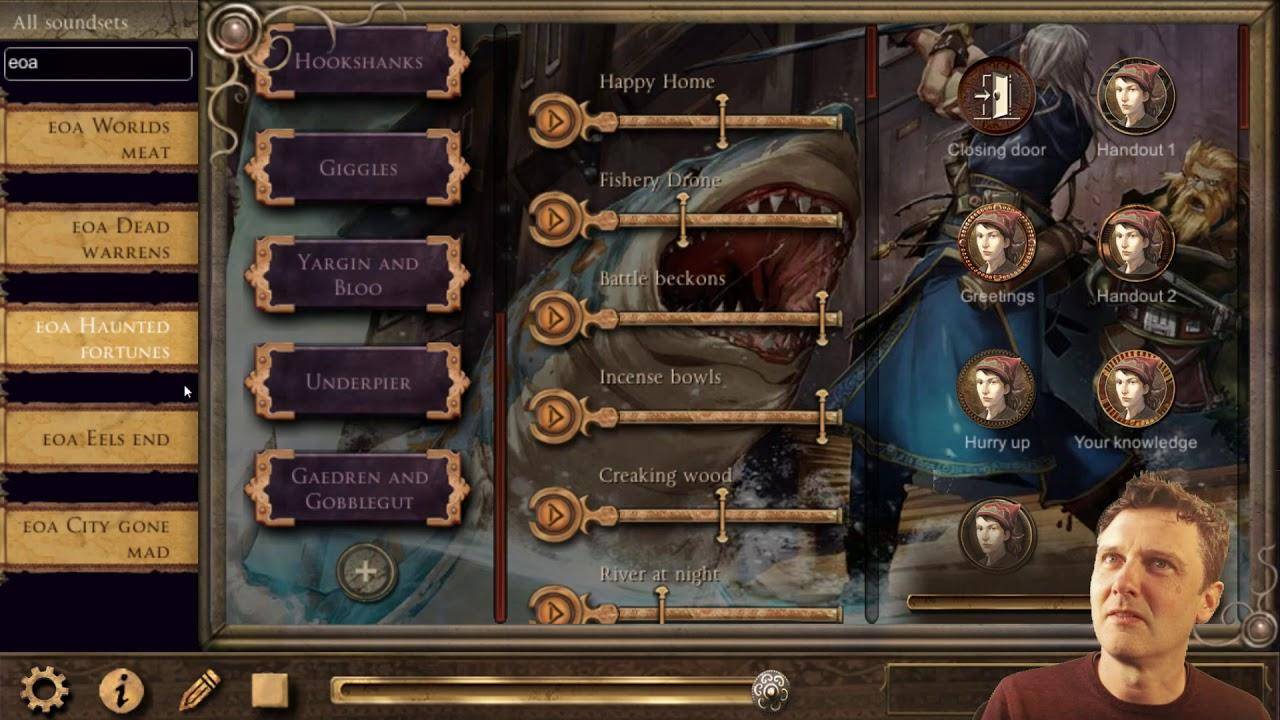 Syrinscape, the Australian company responsible for establishing the tone of many an RPG with their music and sound packs, has announced their latest release: the Edge of Anarchy Soundpack. This pack is the first volume of the custom audio companion for the Curse of the Crimson Throne Adventure Path, part of the Pathfinder Roleplaying Game.

In the Curse of the Crimson Throne Adventure Path, the kings and queens of Korvosa have long ruled under the shadow of the Curse of the Crimson Throne – an infamous superstition claiming that no monarch of the city of Korvosa shall ever die of old age or produce an heir. As the current king is the latest victim to succumb to this foul legacy, the metropolis teeters on the edge of anarchy and it falls to a band of new heroes to save Korvosa from the greatest threat it has ever known.

With the new soundpack, the associated noises of the aforementioned anarchy are at your fingertips. Establish the frantic mood with Syrinscape’s sounds, which include “a high-energy chase across shingled roofs and numerous vicious traps, plus an undead owlbear, derros, stirges and much more.”

Future packs are on the way which will support chapters two through five of Curse Of The Crimson Throne. They’ll be released monthly through December. As for Edge of Anarchy, it’s available now and costs $15.99, or it’s included as part of the Fantasy or SuperSyrin Subscription plans.

Cthulhu Is In The House