Cryptozoic Entertainment, makers of minatures and tabletop adventures based around your favorite characters, is gearing up to celebrate the long-delayed release of Wonder Woman 1984 with their own card game based on the movie. Presumably, this card game has been sitting around complete for quite a while as well, but they seem to feel confident enough in the latest release window to reveal this product.

Two to four players will take on the task of stopping the evil Cheetah in the Synth ‘n Glitter Age as Amazonian princess Wonder Woman. Seriously, you’ll all be playing Wonder Woman at once, there are no other characters…but who would really want to be anyone else anyway?

Each player will be given a deck full of moves…choose Block, Lasso, Sprint and Punch to get the upper hand on an army of enemies and rescue the civilians caught in the chaos. Whoever saves the most bystanders is the winner, and each game takes about 25 minutes. 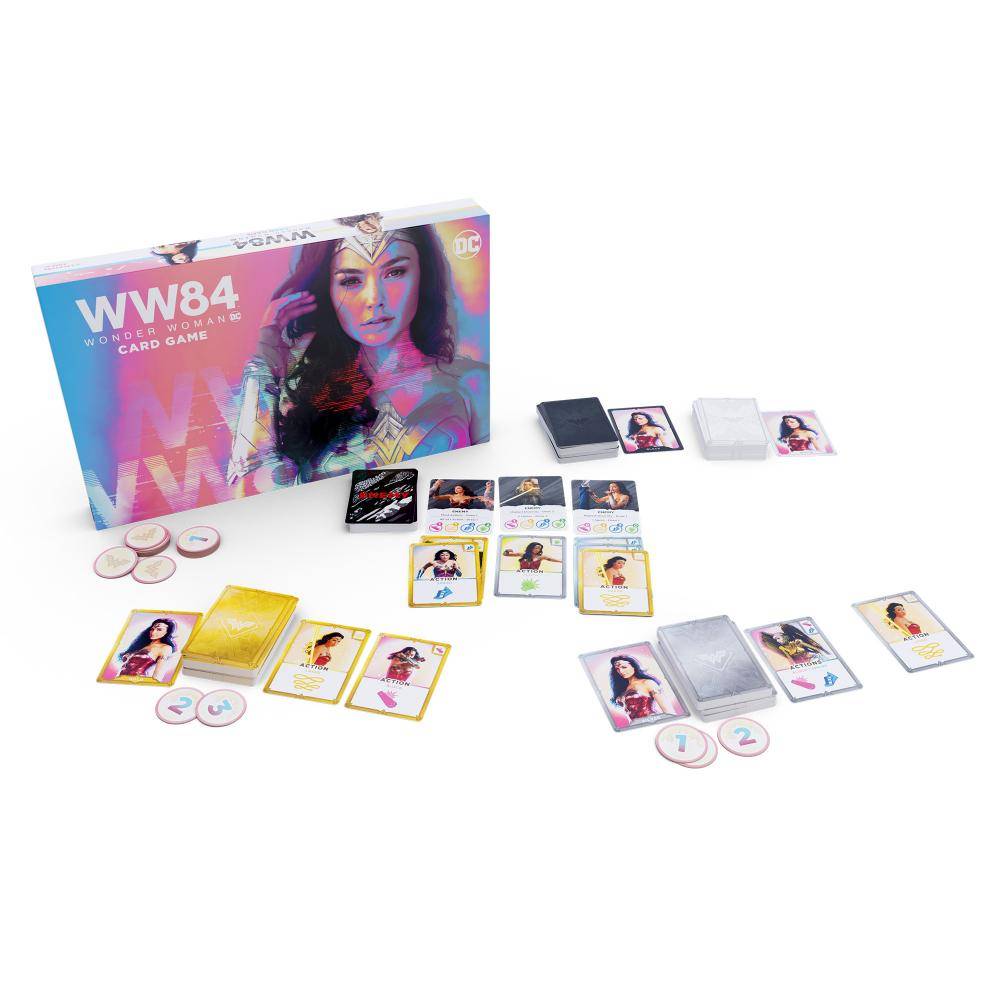 Inside the Wonder Woman 1984 Card Game box you’ll find 162 cards divided into four Action Decks (35 per player), one Enemy Deck with 22 baddies to beat, 30 Civilian Tokens to save and one Rulebook.

The Wonder Woman 1984 Card game will be released this winter.

The CW Just Cancelled Twice As Many Shows As They Renewed