Superfriends ran on multiple networks throughout its decade-plus existence. Superheroes and comic books were as popular with children as they’ve ever been, but under the heavy thumb of strict Saturday Morning censorship, this kind of silly camp was about all you could do with DC superheroes in the 70s and early 80s. These days, with Zack Snyder’s grimdark universe representing Superman and Batman on the big screen, Superfriends has a quaint charm to it.

Now you and your own team of Superfriends can ride a seahorse, battle giant gorillas, halt the flow of building-sized lasers, and thwart the Legion of Doom in Cryptozoic’s Challenge of the Superfriends card game. 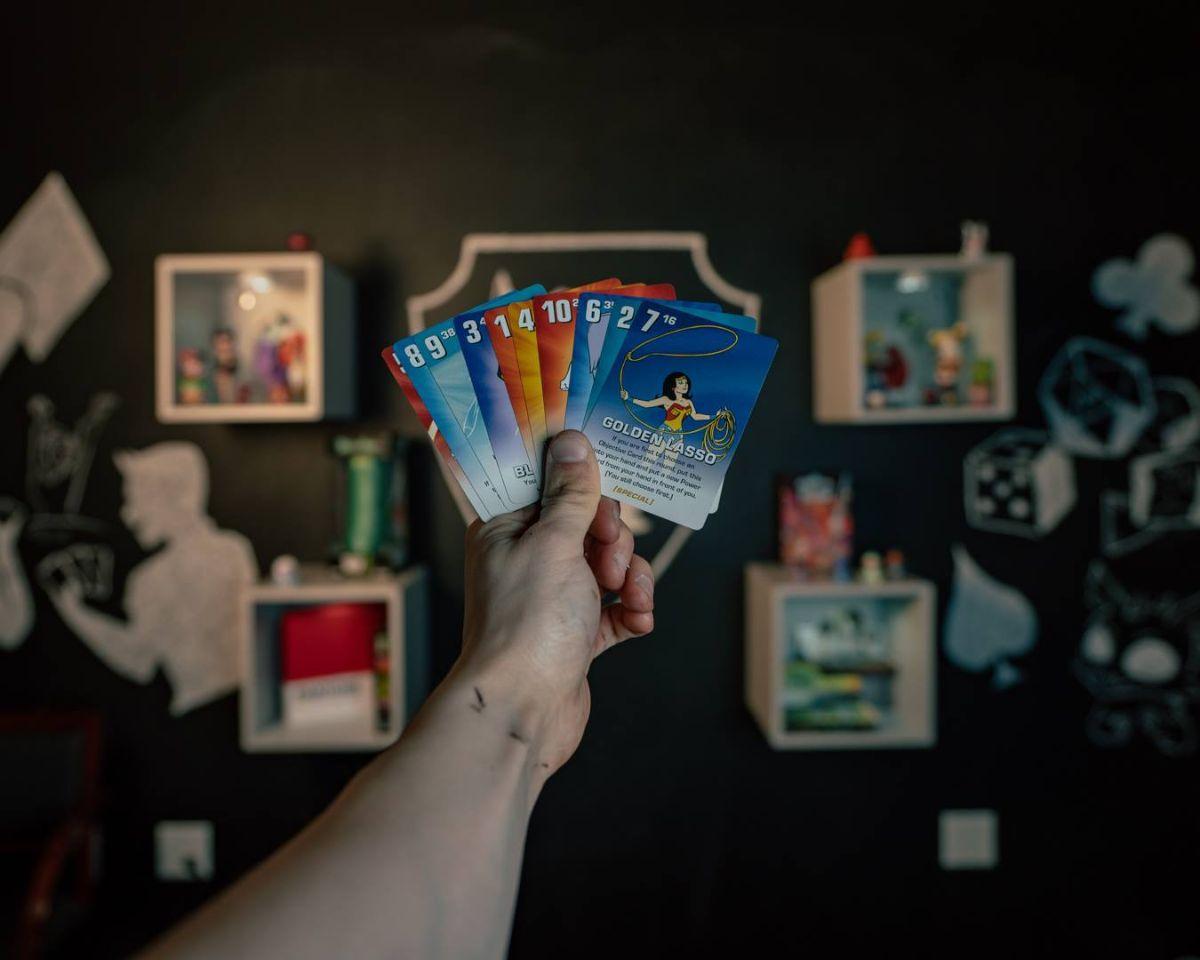 The Superfriends have gathered at the Hall of Justice to take on the challenge of thirteen of the most sinister villains of all time. Play your cards right and you’ll defeat the Legion of Doom! Based on the classic animated TV show, Challenge of the Superfriends Card Game utilizes Cryptozoic’s new GRYPHON card game engine to deliver a fast-paced, easy-to-learn tabletop experience.

The Challenge of the Superfriends Card Game will come with 82 cards in the box: four 10-card player decks, 32 Objective Cards and 10 Challenge Cards, plus a rulebook. It’s scheduled for release soon, from Cryptozoic.