Crunchyroll Obtains Global Rights To That Time I Got Reincarnated As A Slime The Movie: Scarlet Bond

In 2023, it will be Time To Slime. Crunchyroll just announced it has acquired the global distribution rights to That Time I Got Reincarnated As A Slime The Movie: Scarlet Bond, the upcoming feature film based on the hit manga and anime of the same lengthy name.

Minami Satoru was once a human in his thirties, until his life was prematurely cut short. He had the bad luck to hit “slime” on the reincarnation roulette wheel and is stuck as a blob — at least at first. Going by a new name, Rimuru Tempest, he eventually figures out how to evolve. He gains special abilities and uses them to start a new life. There have been two seasons of the anime series and the upcoming movie will be set shortly after the end of Season 2.

A long-running conspiracy is swirling over a mysterious power known as “Queen” in Raja, a small country west of Tempest. When a slime who evolved into a Demon Lord named Rimuru Tempest crosses paths with Hiiro, a survivor of the Ogre race, an incredible adventure packed with new characters begins. The power of bonds will be put to the test!

That Time I Got Reincarnated As A Slime The Movie: Scarlet Bond isn’t even out in Japan yet (it should be released there this November) so it’ll be a while before a US date of release is confirmed. We’ll let you know what we hear when we hear it. 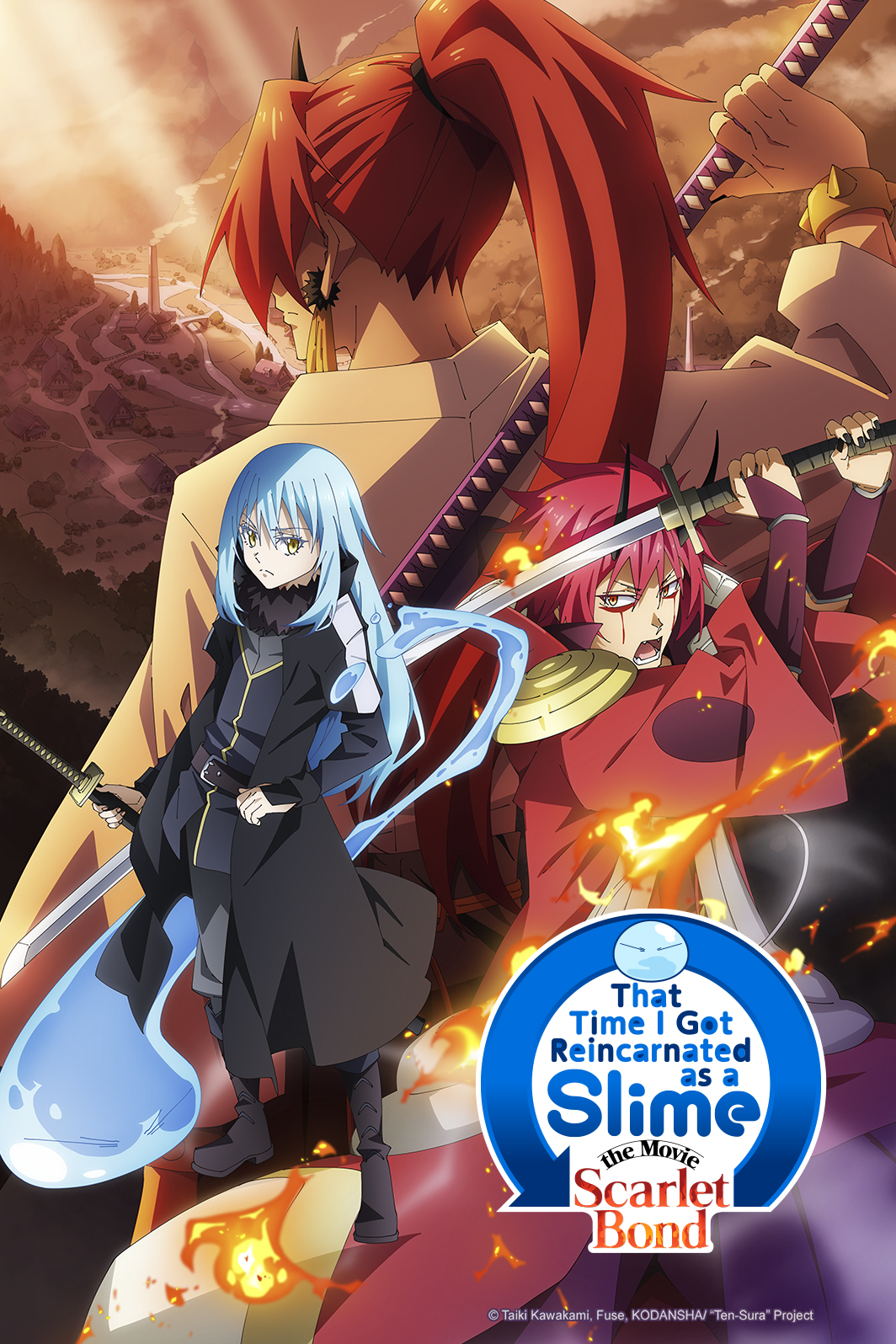 Akira, Your Name And More Movies Headed To Crunchyroll Soon

I’m the Villainess so I’m Taming the Final Boss, A schoolgirl woke up as the antagonist of a visual novel she plays