The release of the Crash Bandicoot N Sane Trilogy last year for the Playstation 4 was met with cheers from fans everywhere. But back in March Nintendo announced that the trilogy will be making its way to the Nintendo Switch July 10th. However the franchise has been known as a Sony/Playstation exclusive since the start. At PAX East 2018 Nintendo is presenting a demo on the show floor at their booth.

The franchise itself started in 1996 on the original Playstation and lasted until 2008 with Mind Over Mutant. The character has making an appearance in Skylanders along with cameos and references in other games and media. That was until the announcement of the N Sane Trilogy.

The levels seen in a video are Crash Dash and Road Crash. The video of the demo the controls do look like they are laid out differently. Mistakes were made during both demos by the people playing it though. With it being the first demo of the port it is understandable for unfamiliar controls. The graphics are what you would expect from the Switch, good enough for what the system has to offer. We are only shown the system being docked and not during portable mode which has been known to have better graphics. I’d recommend this to someone who was a Playstation kid in the nineties who has a Switch and not a Playstation 4. With the news of Spyro getting a remaster expect a Switch port to be announced next year too. 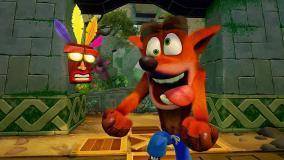 In recent years, games in which you MAKE games have been a

From the day the Nintendo Entertainment System launched in 1985, Howard Phillips