Controversial Netflix Original “Cuties” have 2 Petitions against it.

This movie is so controversial that many subscribers of Netflix threaten to unsubscribe. Many of them said they will cancel their Netflix accounts. You can also see it managed to spawn to Change.org petitions against it. Over 600 thousand people already signed against this movie. I have never seen a movie that managed to unite people of the leftwing and rightwing spectrum of politics. Both sides are criticizing the shenanigans out of this movie. 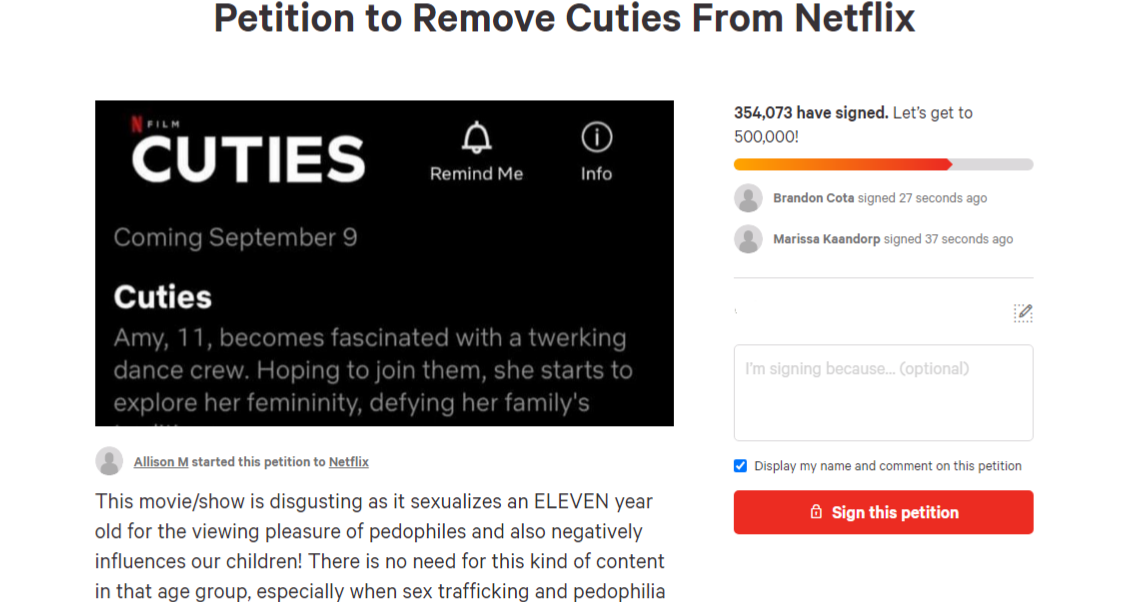 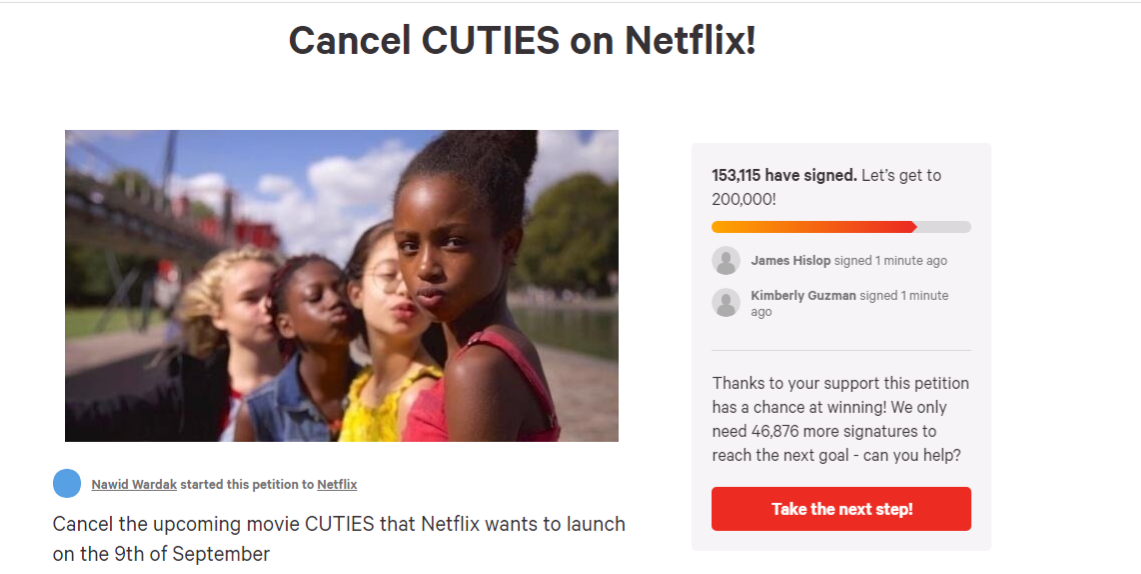 Netflix’s original movie Cuties is so controversial that Christians, Muslims, and Atheists united to have this movie taken down. The Youtube trailer of this Sundance Film Festival winner stirred a lot of controversies.

#Cancelnetflix trended number one on Twitter because Netflix decided to continue streaming this movie. Despite the opposition of many people against this film, it is now available for all the audience to see.

Cuties or Mignonnes is directed by female director Maïmouna Doucouré. She said she made this movie to stop the sexualization of children in mainstream media. Very Ironic on her part because the reason why this movie is so controversial is the fact it has 11-year-old girls twerking to follow their dreams. “Cuties” is rated-MA, which means the actresses from the film are not even allowed to watch their movie. The video below shows more of her explanations on why she made such a movie.

There is a crazy gap in the like-dislike ratio of the trailer. This picture explains everything.

The Synopses didn’t help this movie at all. “Cuties” is about an 11-year old girl named Amy who grew up in a strict Muslim Household. She lives in 2 worlds, Her French Senegalese family and the Westernized French society. Amy will rebel from her family’s culture and traditions when she met a twerking dance crew of girls of the same age as her. The critics who defended this film claims that you cannot judge a movie until you watched it.

My Country: The New Age | Korean Drama | Only on Netflix