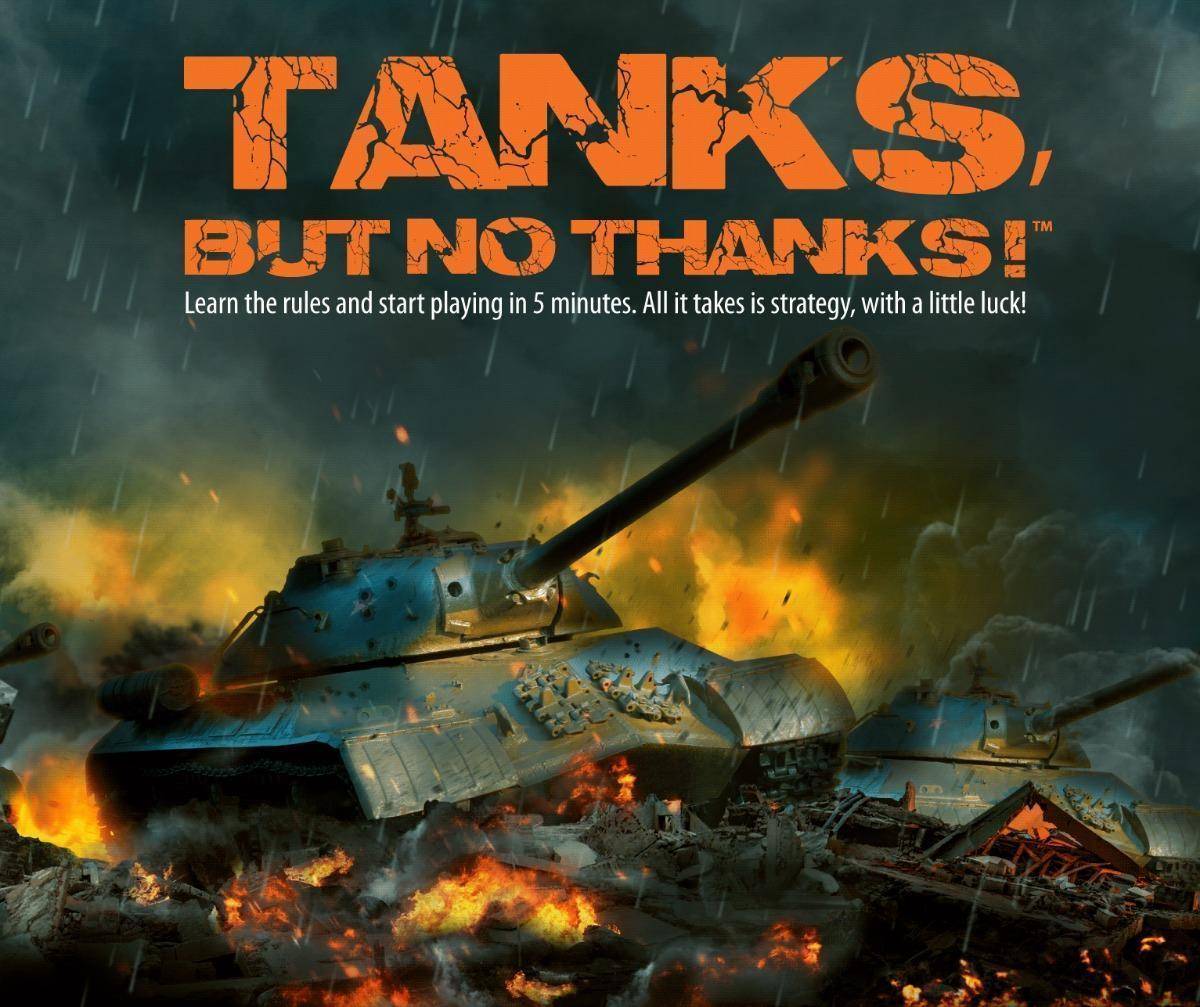 Tin Robot Games will be launching the Kickstarter for their upcoming board game Tanks But No Thanks! soon. It’s a close-combat strategy board game that’s simple to play, but difficult to win.

The game comes with a checkerboard and several sets of tanks, bunkers and base flags. Two to four players can join in by setting up their side of the field and advancing one turn at a time.

Two dice control the mechanics. The game movement is determined by the green die, while the red die is for shooting. Each player can only shake one die per turn, though the green die has a little flexibility (if you roll a 3, you’re allowed to move one tank two squares and another tank one square). Think hard on whether you want to move or attack!

To quote Tin Robot: “What is your approach? Do you go aggressive and Rambo yourself into enemy territory? Watch out! Another opponent may take out your bases while you are away. Think you don’t have a chance with only 1 tank remaining? If you’re cunning and have luck on your side, you can turn the tables!”

To support the Kickstarter for Tanks But No Thanks! when it launches, keep an eye on Tin Robot’s website — and sign up for updates.

Crusader Kings In Its Final Hours On Kickstarter