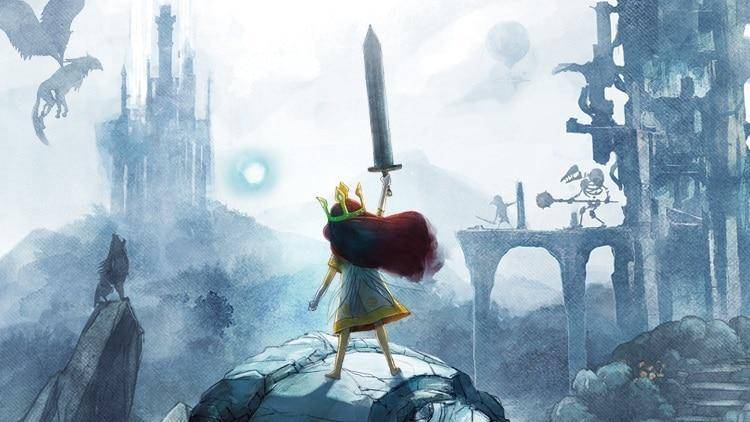 Ubisoft’s artful Child of Light was released back in 2014 on then-current systems like Playstation 3 and Wii U. A platformer with RPG elements, it gained immediate critical praise, and has since been ported to newer systems. The Switch version arrived two months ago, and on the occasion of its release Ubisoft hinted at a sequel.

But that’s not all — Ubisoft has bigger plans.  They published a video today where two representatives from the company announced a potential Child of Light TV series is in development. Details are scarce at this point, but we presume the show would follow the plot of the game. At the same time, Ubisoft announced a potential movie based on the 2016 Playstation VR game Werewolves Within (oh yeah, THAT blockbuster game everybody’s heard of….sure).

Child of Light is about Princess Aurora, who falls ill to a disease and appears to die — but awakens in the fantastical world of Lemuria, where she embarks on a quest to stop an evil queen from capturing the sun, moon and stars.

Making a Child of Light show sounds like a better venture than making a movie out of a property virtually no one has heard of. But you haven’t heard the one detail that dampers our enthusiasm: this proposed show would be live-action. One of the elements that made the video game so memorable was its beautiful artwork, but when it comes to the TV adaption, they’re not going to even try.

As Garfield the Cat once said, “It’s sad, the things people would rather have more than money.” The Child of Light show is currently in development and does not have a distribution deal.

A Plague Tale: Innocence Coming In 2019