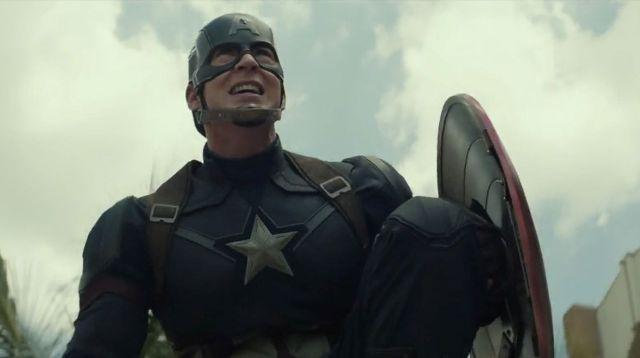 Marvel Studios has released a new, updated synopsis for the highly anticipated Captain America: Civil War. The latest synopsis (available below) features some new details and plot elements for the upcoming sequel for the Marvel Cinematic Universe.

“Marvel’s Captain America: Civil War finds Steve Rogers leading the newly formed team of Avengers in their continued efforts to safeguard humanity. But after another incident involving the Avengers results in collateral damage, political pressure mounts to install a system of accountability, headed by a governing body to oversee and direct the team. The new status quo fractures the Avengers, resulting in two camps—one led by Steve Rogers and his desire for the Avengers to remain free to defend humanity without government interference, and the other following Tony Stark’s surprising decision to support government oversight and accountability.”

So one major concern by fans is that Tony Stark is going over to the registration side for government oversight of superheroes and how that will make sense in the films. When the government tried to regulate Tony Stark and Iron Man before, at the request of the Hydra agent Senator Sterns even, Stark essentially gave the federal government the finger. Then Stark’s best friend, Jim Rhodes acquired his own set of armor from Stark that Stark basically allowed him to keep, and Rhodes seemed to perform state-sanctioned superhero work for the government. Either way, hopefully Stark’s turn in this film will make sense. Perhaps Stark sees the accords as the only way to keep the Avengers in business after all that has happened, and Stark believes the world needs the Avengers.

One wonders how Daniel Bruhl, apparently playing Baron Zemo, into the plot here. Is Zemo possibly manipulating the government and the heroes? Now Captain America does have some good reason not to completely trust government regulation after Captain America: The Winter Soldier. Hydra had infiltrated SHIELD, the World Security Council and the federal government.

Captain America: Civil War arrives in theaters on May 6, 2016.