The Call of Duty-devoted site Charlie Intel has uncovered a bomb. They got their hands on a prerelease copy of Call of Duty: Infinite Warfare’s Legacy Edition, which contains the new CoD as well as Modern Warfare Remastered, the remodeled version of the 2007 classic. It isn’t sold separately; the bonus editions of Infinite Warfare are the only way to get MWR. 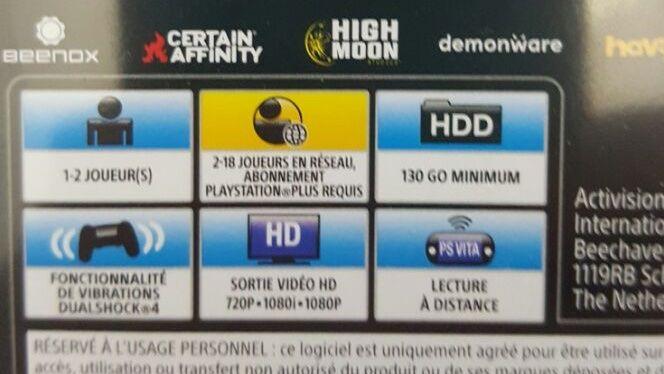 So what did they find? This: a 130 GB hard drive space requirement. This sets a record for the most space hogged by one retail title, even if it’s actually two titles at once. The majority of PS4s and XBox Ones out there shipped with a 500GB drive. This game wants over 1/5 of your entire storage capacity!

If anything, this is the loudest reminder yet to upgrade your console’s hard drive. Both Playstation and XBox use swappable drives, and you can quadruple the miniscule space inside for less than $100. Besides being two games in one, the beefy size is most likely due to enhancements made for the PS4 Pro. All those upgraded textures take up extra room, and this may be a sign that larger installs are coming with every series.

My Hero Academia: The Strongest Hero Coming To Mobile