Brie Larson is nominating herself to play Samus Aran on a Metroid Live action movie.

Samus Aran is one of the most iconic videogame characters of all time. She can transcend from different generations, and she breaks glass ceilings as the very first playable female videogame character who is the protagonist of her own game.

When Metroid was first released, her gender was concealed throughout the whole game until the ending, where she revealed she is a woman after she removes her helmet and armor.

This video is the iconic scene where she unmasked and revealed herself to the player.

During those times, Male players are assumed by game producers to not be open to the idea of playing as a female character. In the old advertisement materials of the first Metroid Game, Samus was marketed as a man. Which makes her true sex and gender reveal as the twist of the first game.

Most female characters before her existence are either damsels in distress or nonplayable enemy.

She was so well received that her existence open doors for more female leads in videogames. There won’t be any Lara Croft, Jill Valentine, Bayonetta, or even Tracer without Samus.

In 2004 film director John Woo and Tiger Hill Productions attempted to make a Metroid live-action movie. The movie is supposed to go hand in hand with sequels and spin-offs of the Gamecube title Metroid Prime. Despite being one of the best selling games on Gamecube the sequels of Metroid Prime got canceled which made the chances of the movie being made then thinner.

Tiger Hill also had a hard time licensing the franchise for movie purposes due to Nintendo’s strict guidelines the production must follow, which had something to do with the failure of the Super Mario Brothers movie. The opposing sides fail to have a common ground they can agree with which ends the project before it begins.

Brie Larson is currently known for playing Captain Marvel in the Marvel Cinematic Universe. She is the first female lead character to have her own solo movie in the Marvel Cinematic Universe. Larson guested on Gary Whitta’s Animal Talking talk show. That show online show is a talk show for Animal Crossing fans because Brie is starting to stream the game on her YouTube channel.

This Photo is Brie Larson on a Halloween Party 2 years ago dressing up as Samus Aran. It is only a $20 costume but Brie proudly said she is able to pull it off. 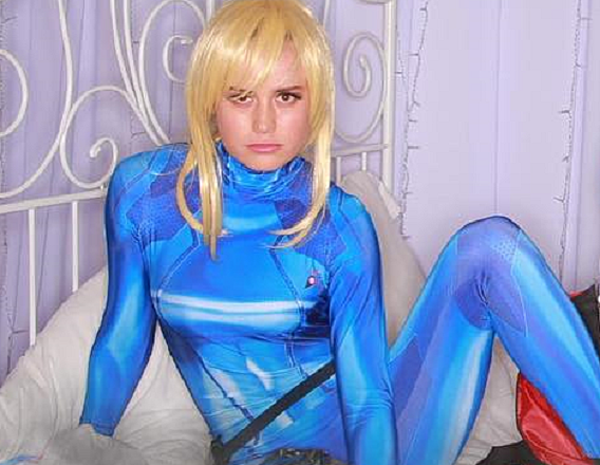 On Halloween of 2018, Brie uploaded the photo of her cosplaying Samus on Instagram. A fan commented: “This is the closest thing we will have to a Metroid movie.”

She then replied: “I hope not. I want to make that movie.”

It is up to Nintendo if they will listen to Brie Larson’s request. We may not see her playing Samus anytime soon but she will star on the Sequel of Captain Marvel.

What are the 5 most successful Box office movies in the theaters at this moment during the Pandemic? Fable announced for Xbox Series X and Windows X