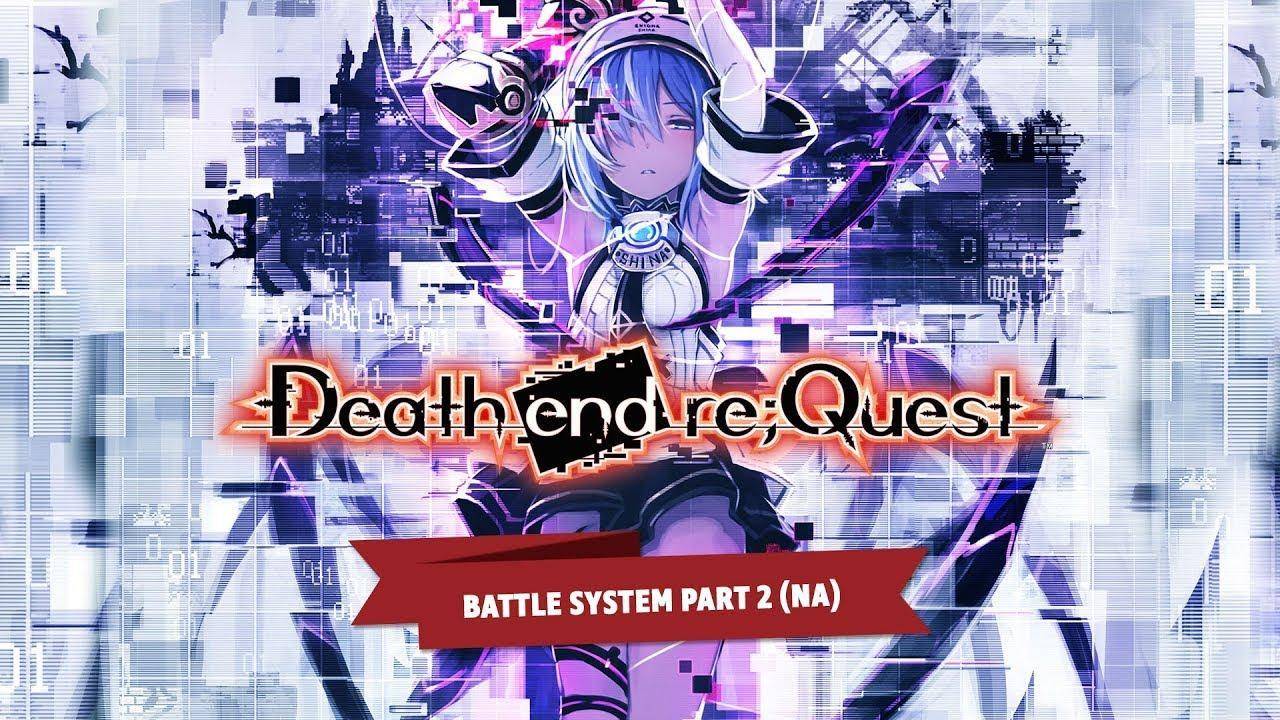 Idea Factory has published a new trailer for their upcoming JRPG Death end re;Quest, due out early 2019. It shows off two previously unrevealed battle tactics players will have at their disposal.

But before we discuss anything, you need to know the backstory: Arata Mizunashi is a video game programmer whose friend Shina seems to have disappeared entirely into a virtual reality game, World’s Odyssey. The only way to save her is to dive into the game itself, where they’ll have to beat the game together….a formidable task, as only 1% of all players have successfully made it to the end.

Good thing Arata knows how to hack. Each member of his team will carry unique skills called “Bug Skills.” This means they’ll be able to exploit bugs in World’s Odyssey to gain temporary special abilities, using them to unlock areas and reach hard-to-reach places.

The other revealed battle tactic is the Battle Jack system. One of the most publicized features of Death end re;Quest is Arata’s ability to change up the game genre whenever he feels like it. Now we know how that will work…while in battle, players can activate the move “Install Genre,” which changes the gameplay from turn-based combat to whatever you want. However, it just lasts for one turn.

But Arata has other options, like Code Jack and Summon (neither of which we knew about until now)…

JRPG fans can jack into Death end re;Quest February 19, only on Playstation 4.