Bloodstained: Curse Of The Moon Getting Physical Edition

Everyone’s eagerly awaiting Bloodstained: Ritual of the Night, the upcoming return to Gothic castles from the man who put the “vania” into Metroidvania, Koji Igarashi. However we already got a taste of the game, in a manner of speaking: last year Iga released a spinoff, Bloodstained: Curse of the Moon, that was rendered entirely in old-school 8-bit style.

The release will be for Playstation 4, Nintendo Switch and PS Vita (yes, the Vita just ceased production….but Limited Run has a limited number of Vita releases left, and no one knows what the final one will be). The Switch version will be an open preorder, but the Sony versions require you to be at the computer at a specific time (9 AM or 6 PM EST, usually). 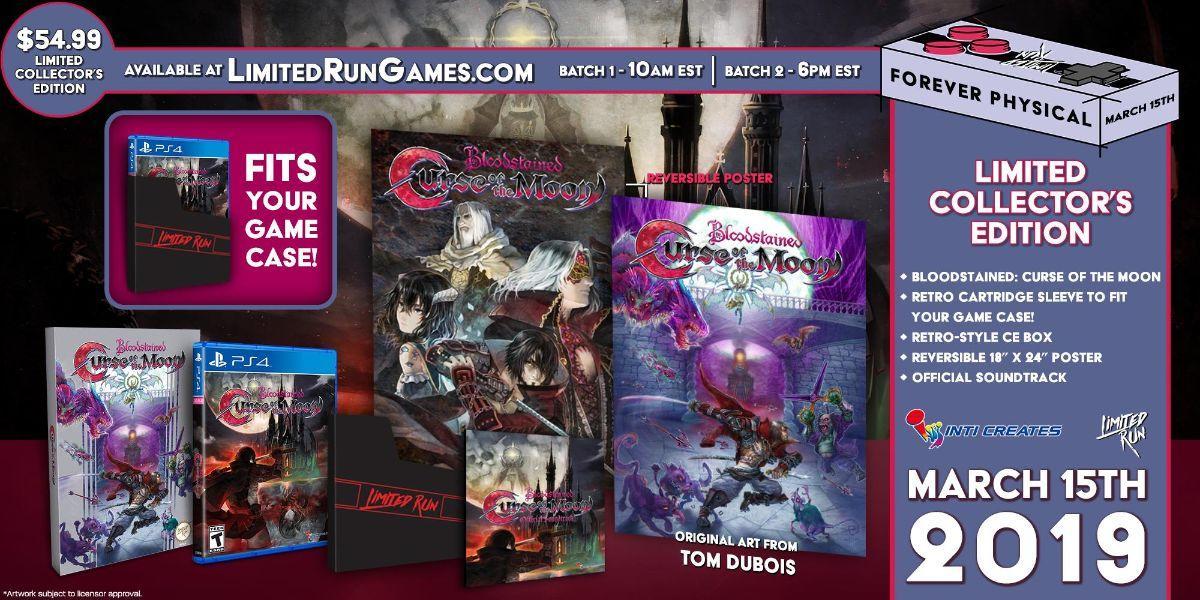 Most Limited Run prints include a Collector’s edition option, and Bloodstained: Curse of the Moon certainly has one. For $54.99 (which is cheaper than these usually are) you get the game, the official soundtrack, a reversible 18″ by 24″ poster with art by Tom DuBois (who made the art for the Catlevania III cover), a retro Konami-styled box to put it all in, and most killer of all, an NES-type cartridge sleeve that fits whichever version of the game you choose.