Has society moved out of its Vampire fascination? With Twilight star Robert Pattinson having graduated from sparkling vamp-boy to playing a Batman and True Blood having closed the coffin many years back, it seems that some “new blood” is needed in the genre. Enter Blood From Stone, an original new vampire film from Writer/Director Geoff Ryan that explores the relationships of centuries old blood suckers who decide to live it up in the bright lights of Las Vegas.

Like most teenagers of the 90’s my defining vampiric experiences were limited to Buffy, The Vampire Slayer on TV and Blade in theaters, both focusing on the toll that hunting creatures of the night takes on the hunters. I personally never had an interest in Tom Cruise and Brad Pitt putting on the fangs for Interview With A Vampire, though that Anne Rice adaptation may be closer to the film at hand. 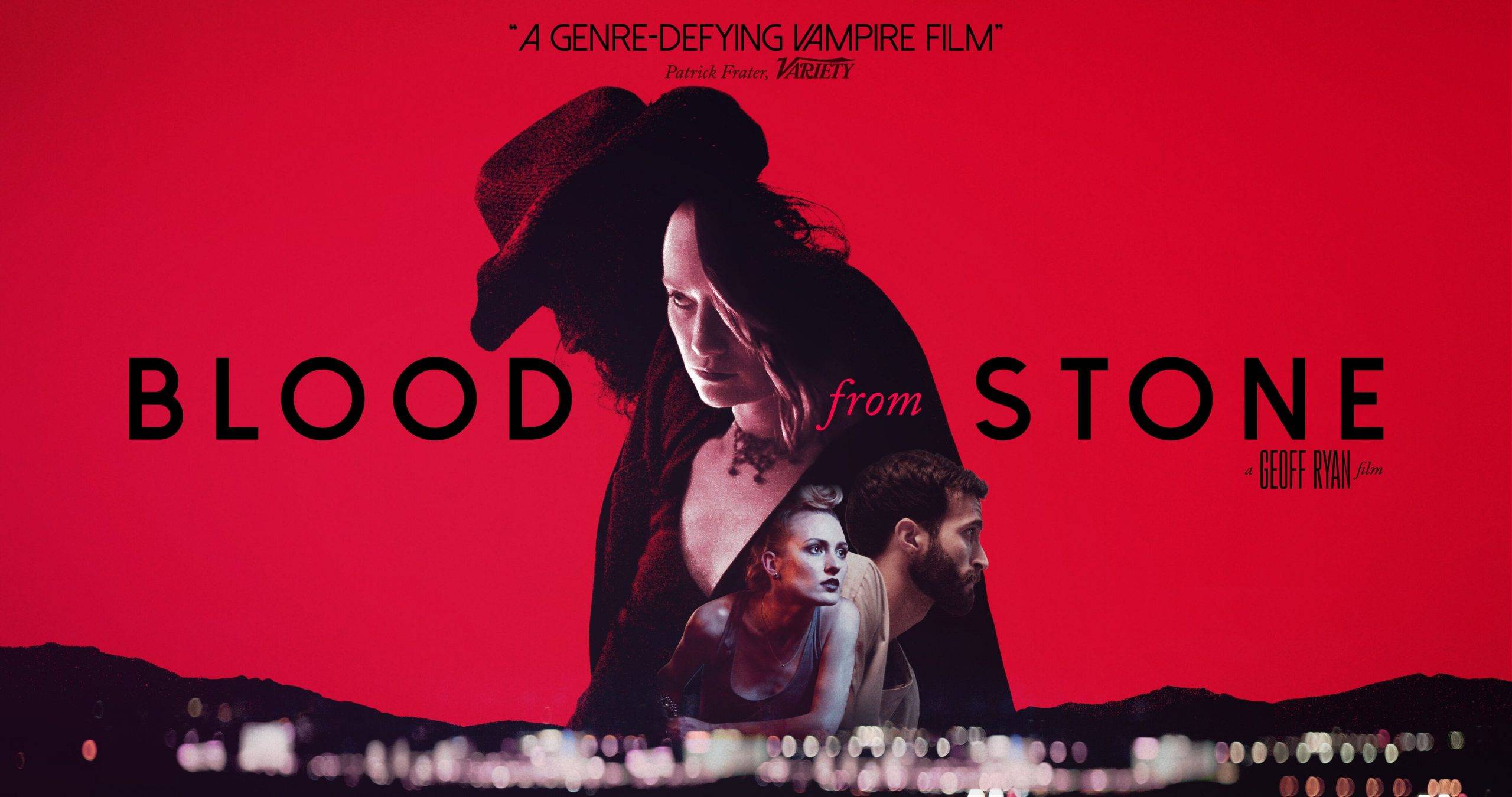 Blood From Stone is about as far from action-adventure genre as you can get and if the press kit is to be a believed, was aiming towards the Neo-Western genre. While there are certainly attempts in the opening and closing of the film to evoke classic Western imagery, as is stated in the film, “It’s more Rob Zombie” than John Wayne. So what’s it’s really all about? Let’s examine the plot.

Plot: Darya has escaped life as a vampire bride to a desert town of bright lights and casinos but Jure tracks her down and makes himself at home amongst the gamblers and drunks. As the bodies pile up, the law comes for them, forcing a clash of modern forces against immortals from a dying era. 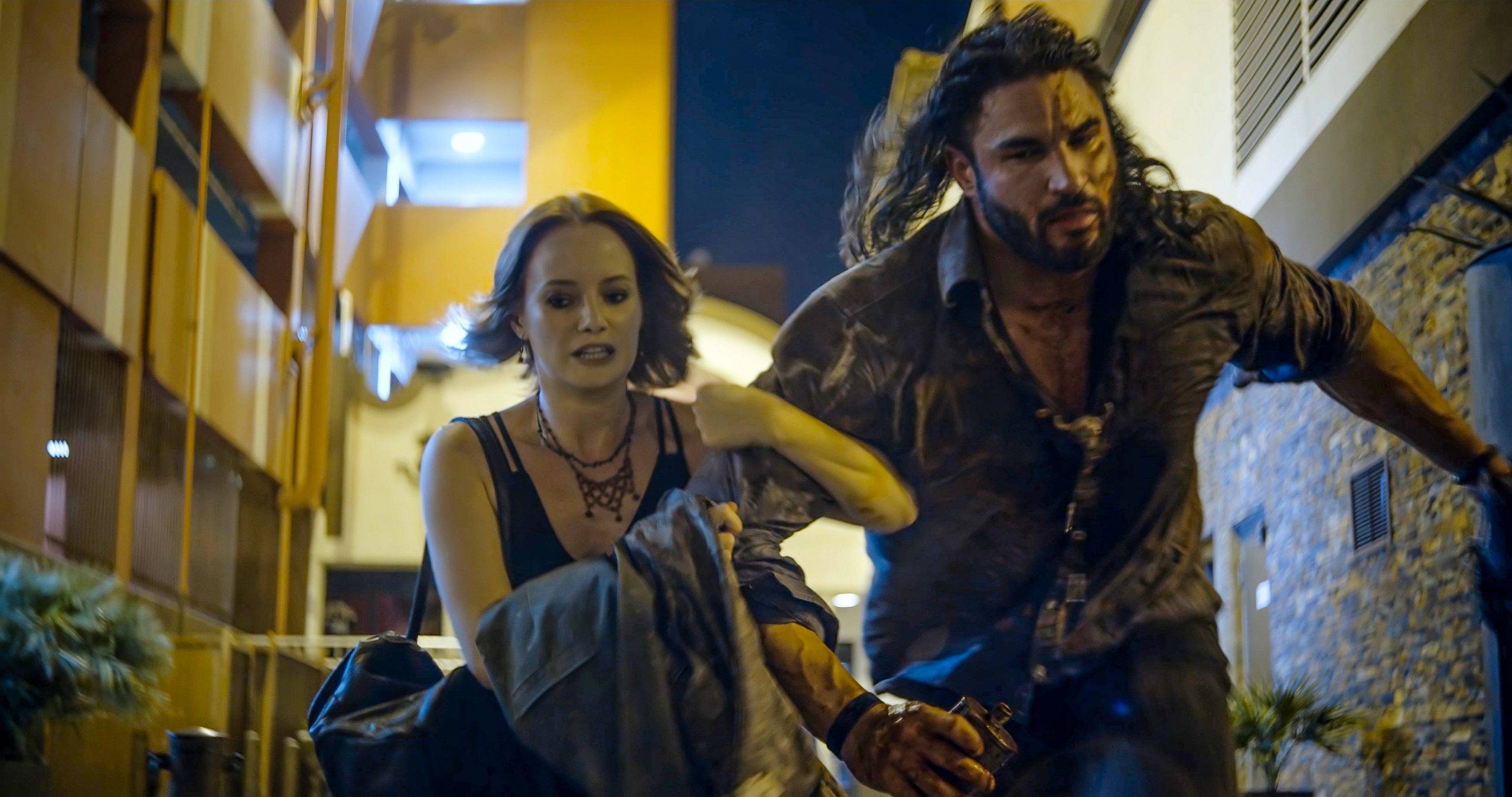 Blood From Stone at it’s core is the tale of two vampire lovers dealing with their break-up in different ways. Darya as played by Gabriella Toth is the tragic vamp who longs to return to a sense of normalcy and have meaningful relationships with humans. Taking a job as a bartender in Las Vegas casino provides Darya with the opportunity to make connections with late night Vegas visitors away from the sunlight. 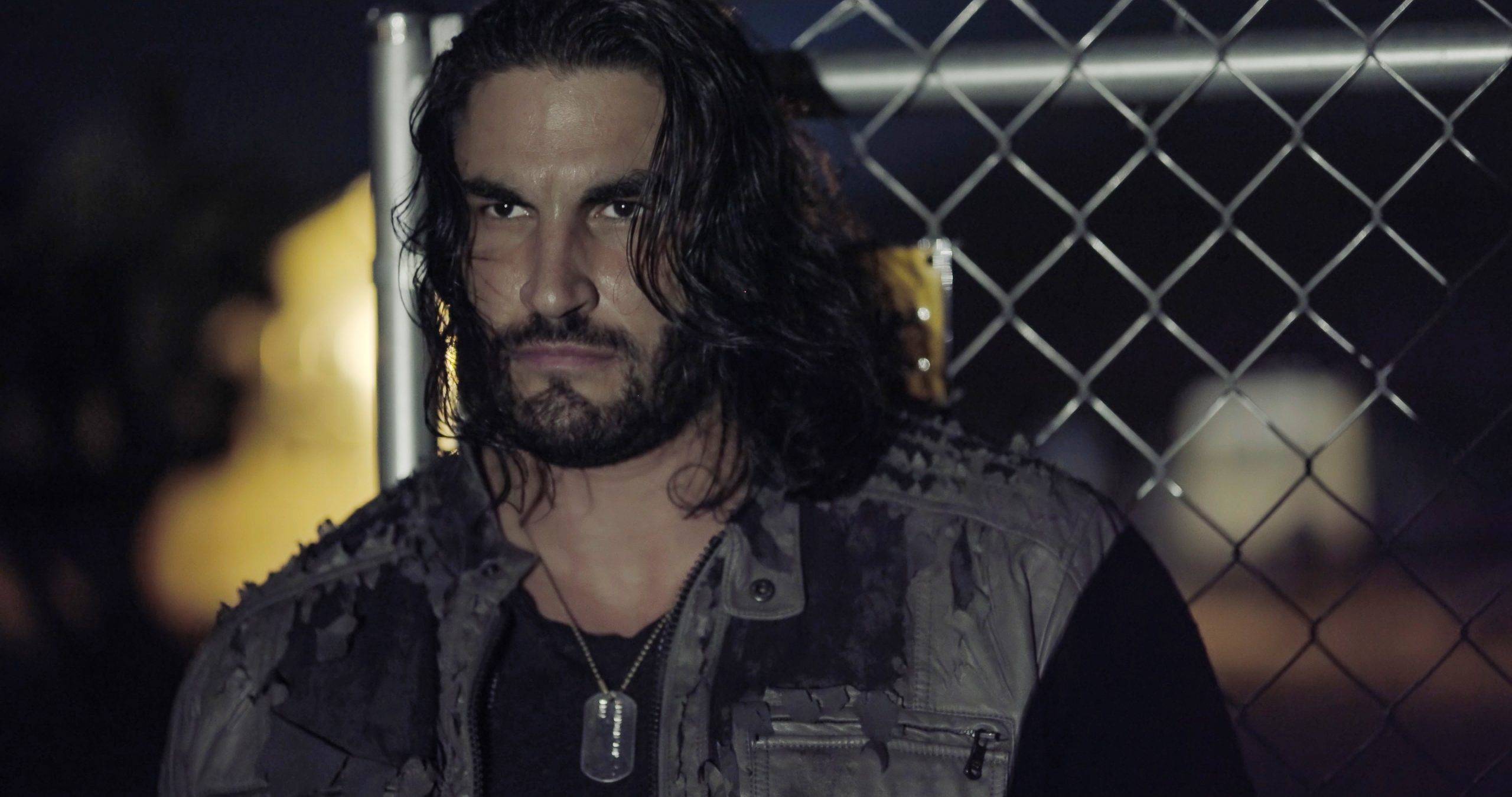 Her ex-lover, Jure played by (Jason Mamoa’s long lost twin) Vanja Kapetanovic, on the other hand is not ready to move on. Instead, “Joe” as he prefers to be called wanders the streets of Sin City, hunting for victims, while haunting Darya and trying to convince her to return to their life together. 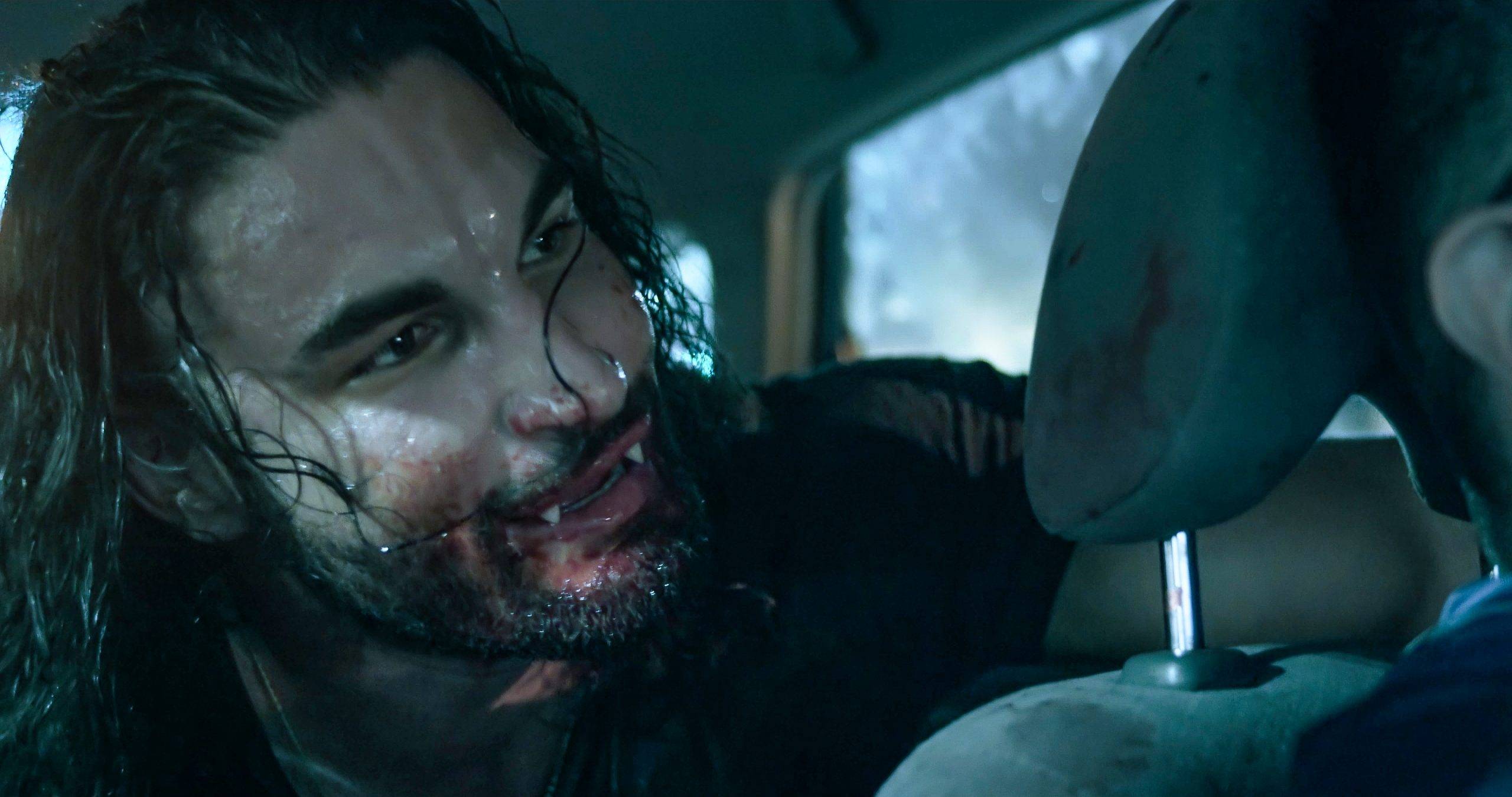 In a refreshing turn, Writer/Director Geoff Ryan replaces standard vampire tropes of the charismatic, seductive blood-sucker with a stumbling drunk, caught in a vicious cycle of self-pity. To medicate himself, Joe literally follows the same pattern with each potential victim, getting them drunk or high on drugs, so that when he feeds on them he can enjoy the numbing effects of the chemicals now surging through their bloodstream. The addictive behavior is repeated so often in the film, the viewer begins to experience the mundanity that is the life of an immortal being. 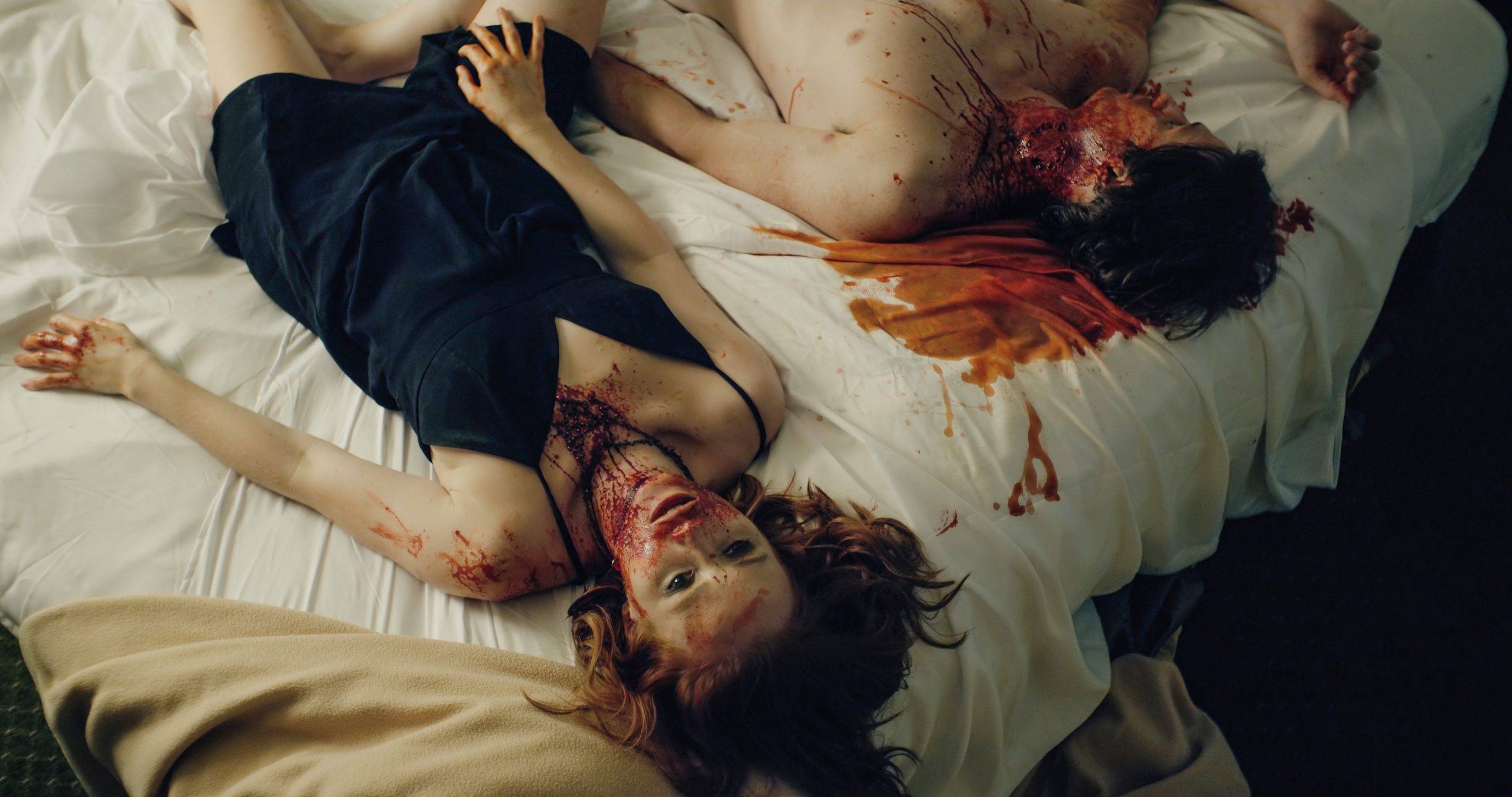 Darya on the other hand, is trying to resist the urges by feeding on blood packs from a local hospital in between dates with men she meets, though sometimes the curse placed upon her by Joe forces the lonely vampiress to feed against her will. The drug addiction metaphor is hard to miss as the film takes it’s time with each set piece, especially a lingering shot of Darya in the wake of feeding on a traveling Umbrella salesman, coming down from the high of her vivid red dose she tried so hard to resist. 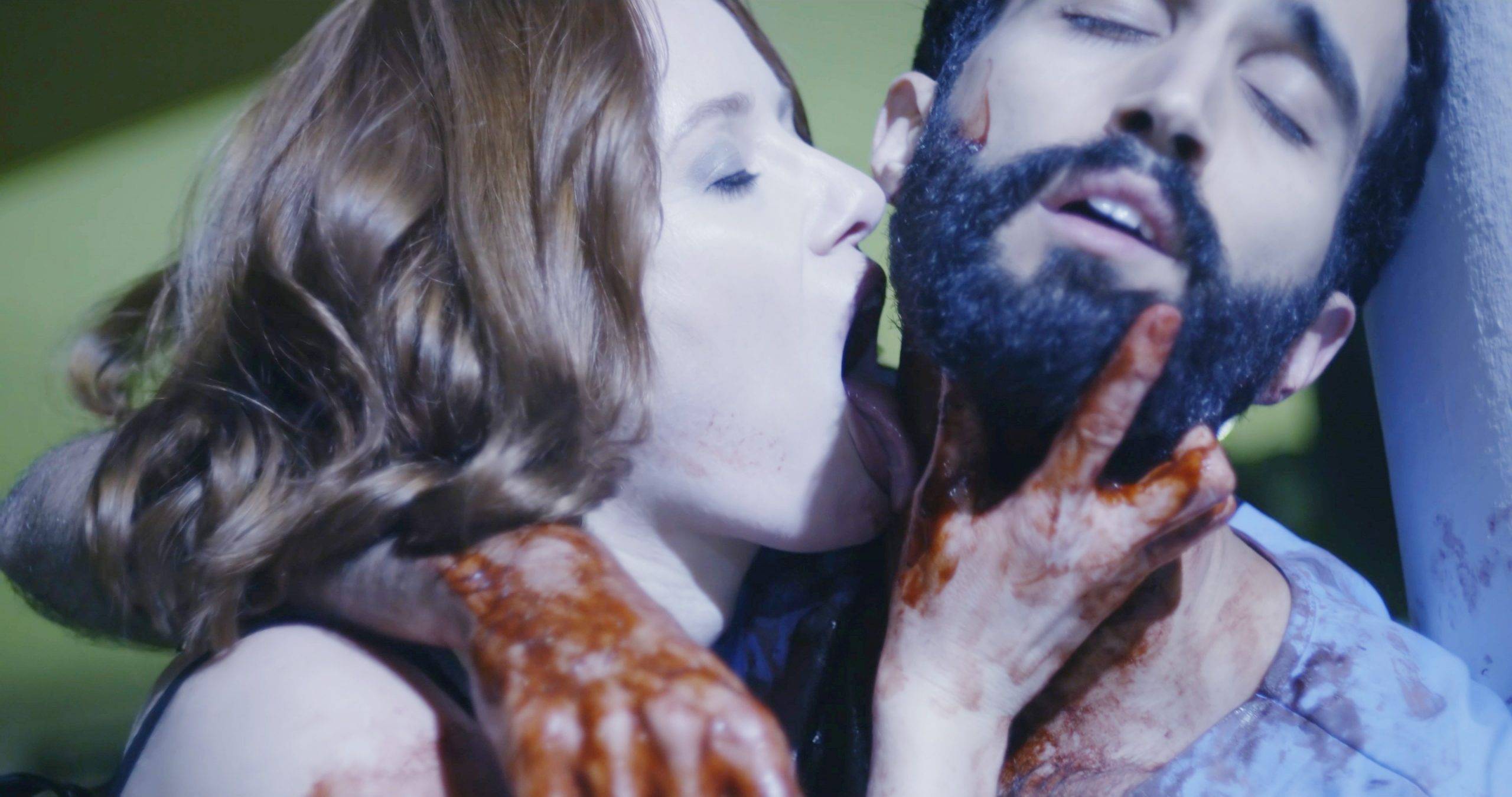 Blood From Stone could for some appear to be growing moss on the rock from which it takes it’s name, in terms of pacing. The film is filled with dialogue heavy scenes of these beautiful undead creatures lamenting the current state of their lives before taking the inevitable bite of the captive victim or stylish shots of their hunting on the streets of Las Vegas. 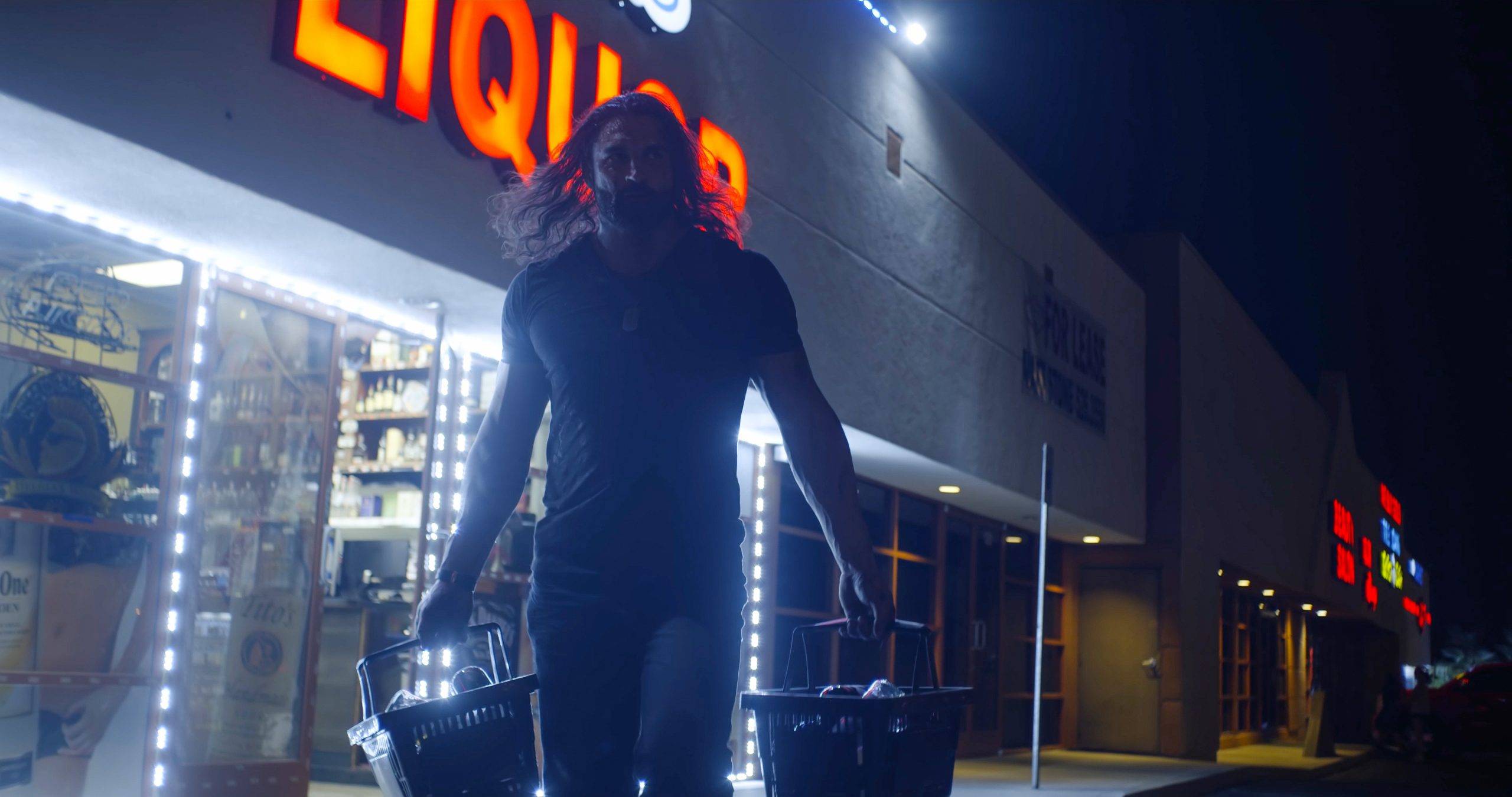 Though Joe is caught on a security camera and featured on news reports as a serial killer, the action never ramps up into any type of chase from the perspective of law enforcement. Instead the filmmaker focuses on quiet moments of frustration that are experienced by Darya who must now abandon the life she had hoped to establish for herself. Having become emotionally involved with a local surgeon, this moment is especially heartbreaking for the beautiful creature. 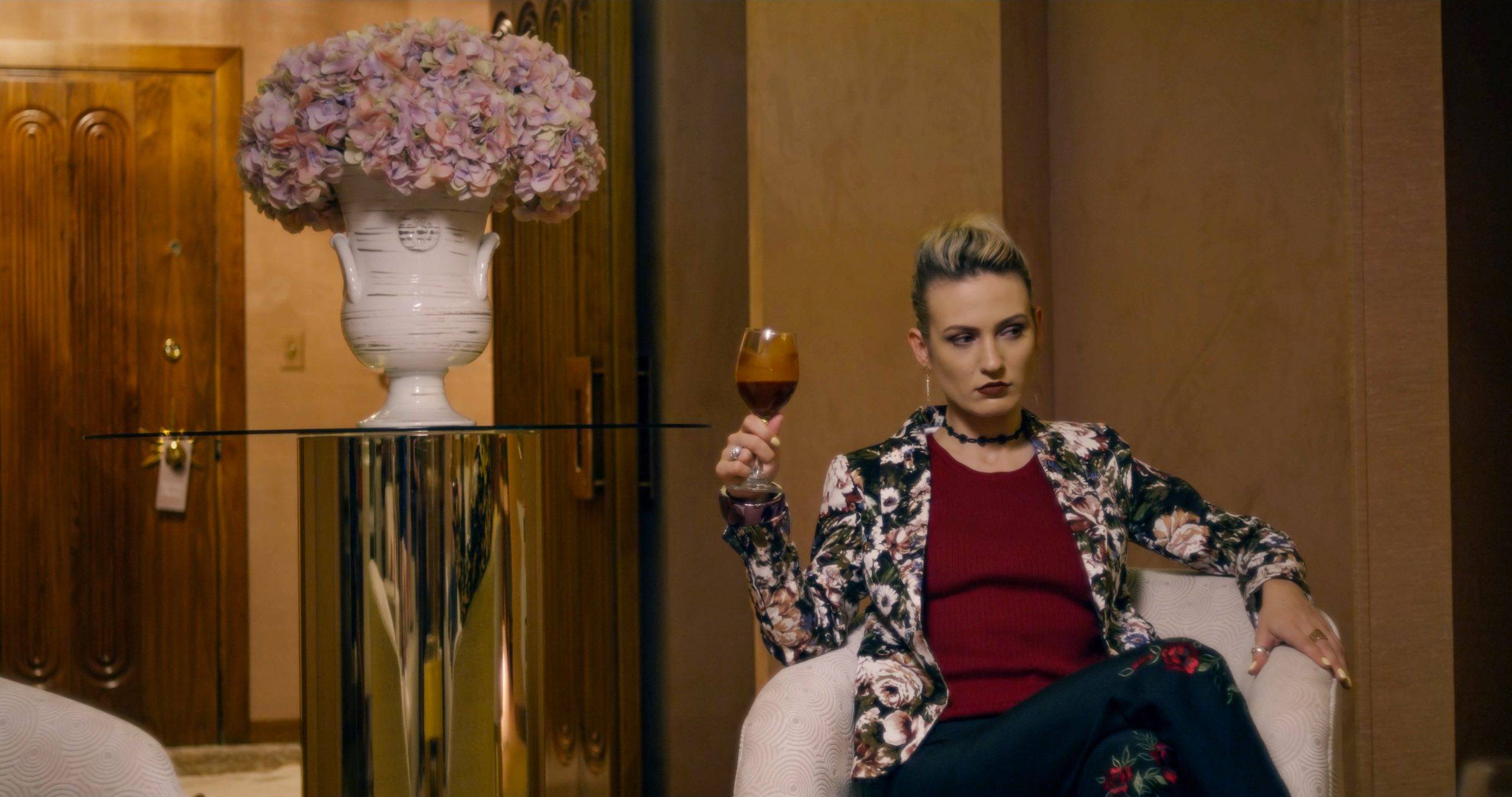 Introduced halfway through the film’s run time is Nika Khitrova as Joe’s sister, Viktoria who has come to help her strung out younger brother get clean. It’s here that the rote discussions about living on various continents over various centuries starts to feel like filler to pad the run time and though some slight additions to the plot begin to arise with the police investigating Joe’s murders, it feels like more of the same. 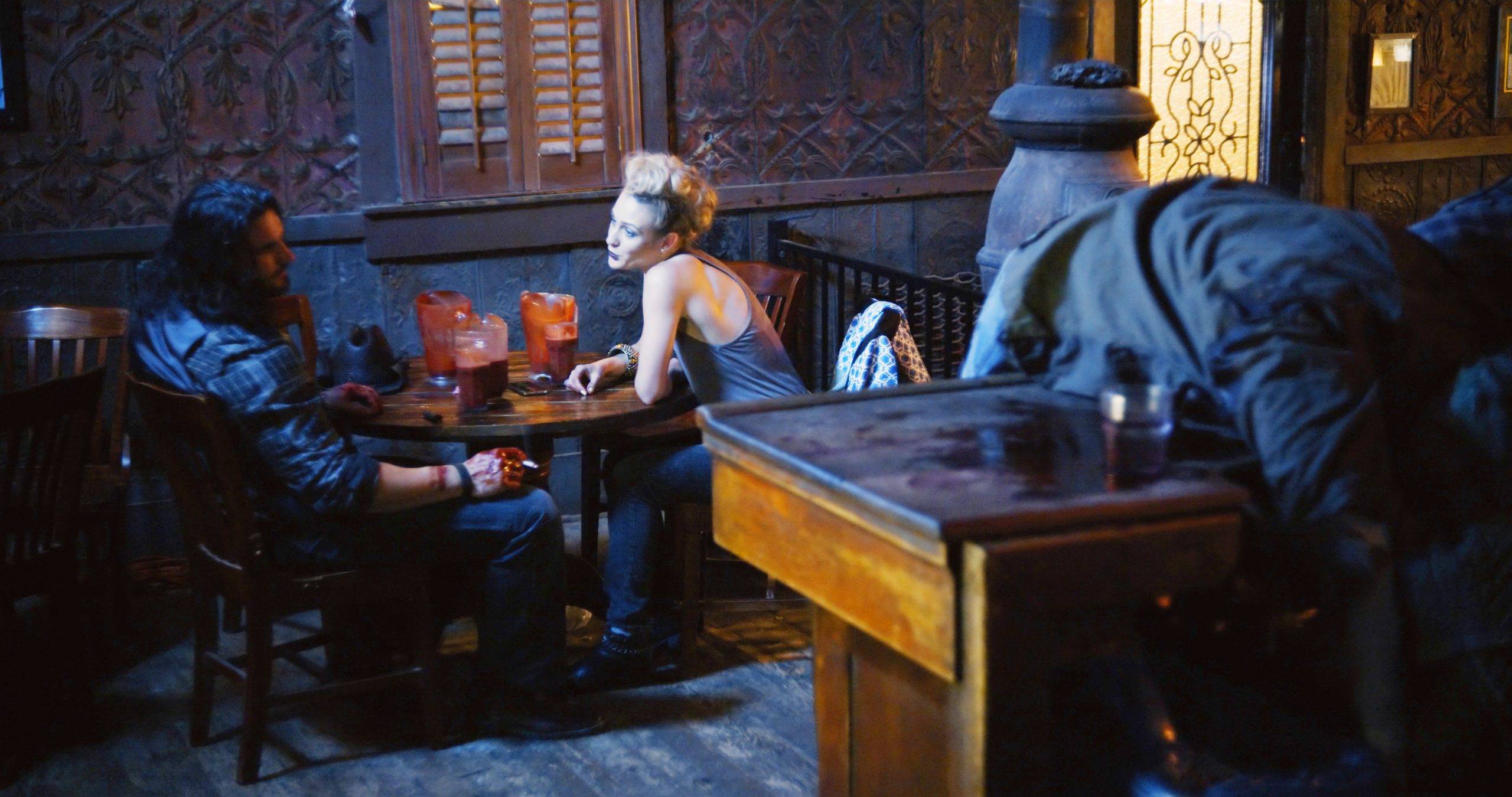 It is worth mentioning that the 3 principle actors appear to be Eastern European (at least based on their names) or at the very least lay on a convincingly heavy accent. This adds an heir of authenticity to the traditional Transylvanian origin, without every drawing too much attention to “the old country”, save for Joe’s preferred alcohol hailing from familiar soil. 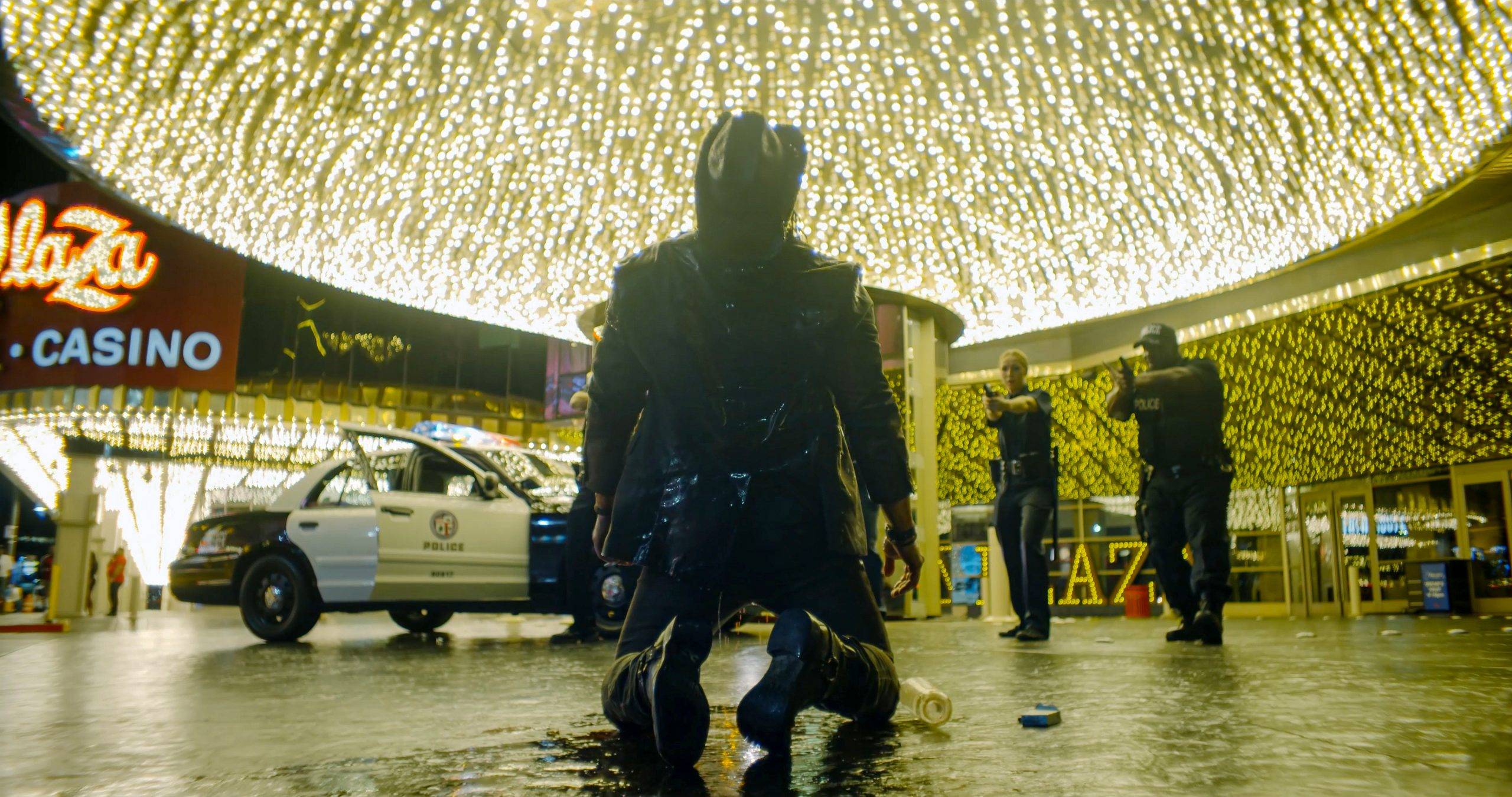 The ending moments of the film do wrap up the story very neatly, even if it takes quite a while to get there. Providing both a satisfying emotional beat, as well an exciting visual finale which calls back to the supposed Western influences intended by the filmmaker. 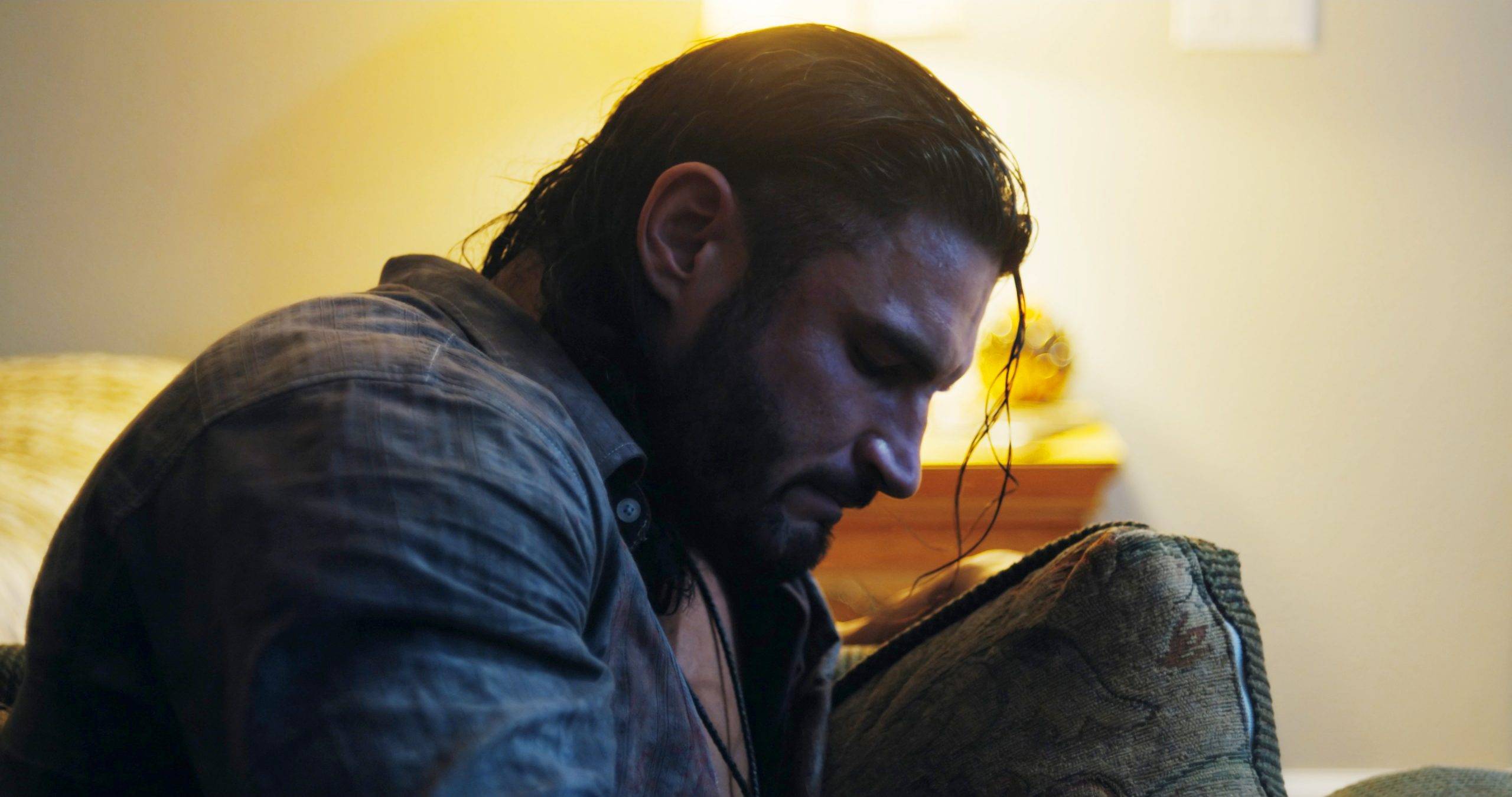 Blood From Stone is not a wild ride or a horrifying affair, but it does have it’s charm. It’s intimate portrayal of the vampire lifestyle sets it apart from most films dealing with the subject and the cast is strong enough to convey the emotional weight intended by the filmmaker, whose competency in creating a film of this emotional weight is on full display. Blood From Stone is a beautiful looking movie with heart, enticingly pumping the lifeblood of cinematic artistry you’ve been looking for this October.

Blood From Stone which will have a limited Los Angeles theatrical release on October 30 and will release worldwide on VOD October 31st.