Bloober Team Looks Back At Thirteen Years Of Making Games

If you don’t know who Bloober Team is, they were responsible for the PS5 launch window title The Medium, but they’re also done other scary stuff like Layers of Fear and its sequel, Blair Witch VR, and Observer: System Redux. As of this month, they’ve been in business thirteen years!

“Bloober Team celebrates thirteen years as a studio this month and I could not be prouder of the team,” said Piotr Babiebo, Bloober Team CEO. “We’ve come a long way from our roots, but as horror fans saw with last month’s Layers of Fear project tease during Tokyo Game Show, we have so much more to share. We have multiple unannounced projects lurking in production and I can’t wait until they’re ready to scare.”

So in honor of their unlucky number anniversary, and the Halloween season (which they’re stretching into November 4), all current titles Bloober Team was involved with are now on sale. The discount covers all platforms these games are on: Playstation 4, Playstation 5, XBox One, XBox Series, Nintendo Switch and the PC.

Also, if you enjoyed The Medium’s soundtrack, a 2-disc vinyl album was announced in the same press release. It contains 18 tracks by renowned composers Akira Yamaoka & Arkadiusz Reikowski, and comes in three colors to pick from (a limited edition orange & clear black marble, the standard edition brown & oxblood, and classic black & black). Also inside is a Bandcamp digital download code. A CD release of the soundtrack is planned as well. 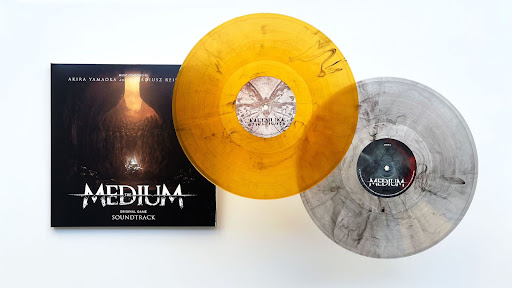 Eternals, The critics don’t like it. Introducing CY_BORG: The Followup To MORK BORG

Indie game developer Long Jaunt has just revealed the first trailer and screenshots for Norland, their story-generating city building sim game. Created in the spirit of similar titles like Crusader Kings, they say it’s meant to give off a Game of Thrones vibe. Norland overlooks a large medieval kingdom. You’re

Last week we reported on a Zelda-inspired (Link to the Past in particular) adventure game called Airoheart. It’s being developed by the Australian indie team Pixel Heart Studios, and their 2020 Kickstarter campaign raised $28,492 Australian dollars, or $20,534 in US currency. Now, as the game barrels toward its intended

MorpheusZ Games has announced the release of their puzzle platformer, Time Master, to Steam. Zeno is a master wizard, but prone to getting frustrated. One day he got so fed up with his sister that he threw her into a prison vortex. Then he thought “maybe I shouldn’t have done