Birds Of Prey Gets Attention Just For Its New Subtitle

The DC movie universe is kind of a mess right now, to put it mildly. It’s kind of hard to establish a connected universe like Marvel’s when over half the movies set in your canon are unpopular. Wonder Woman was a step in the right direction, but Justice League was two steps back. Hopefully Aquaman and Shazam will be good enough to set Warner Bros’ course steady.

After that comes Birds of Prey, featuring the return of Margot Robbie as Harley Quinn alongside the cinematic debuts of Huntress (Mary Elizabeth Winstead), Black Canary (Jurnee Smollett-Bell) and Renee Montoya (Rosie Perez). Today Robbie posted a snapped image of the film’s script, and it was enough to attract the entire Internet’s attention because…..well, look at it: 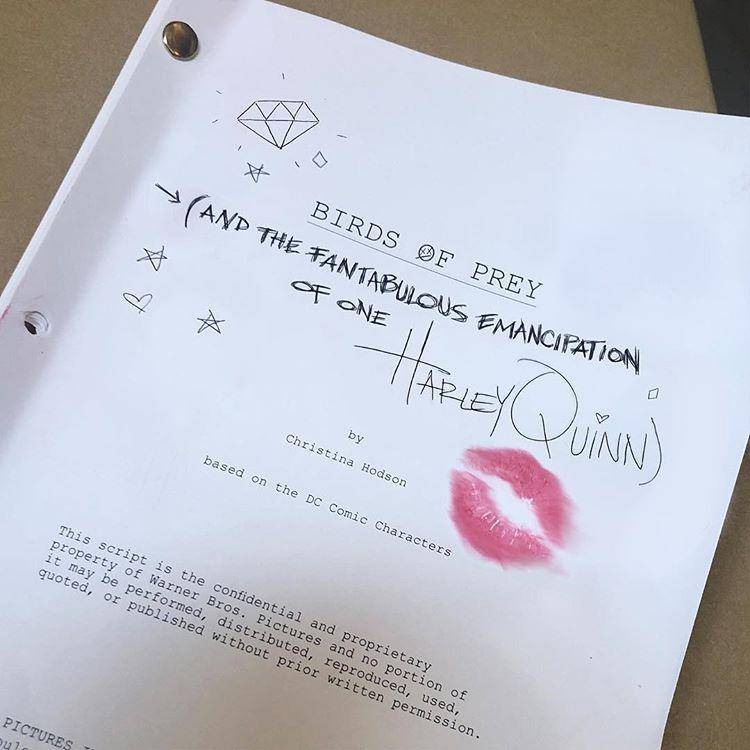 Many allegedly reputable entertainment news websites jumped to the conclusion that the actual title to this movie was “Birds of Prey and the Fantabulous Emancipation of One Harley Quinn,” and….I mean, come on, that’s obviously a doodle, not meant to be………..okay, THR just confirmed the title with WB. It’s really our title. That’s interesting.

We probably have Deadpool to thank for Warners’ insistence that Harley remain the fourth-wall-breaking antihero maniac she is in the comics, but who cares how we got here. The DC movies have mangled many a character into Gritty Kitty Litter, and if current trends are dictating a fun and light Harleen Quinzel, this is good.

We like the title. We’re calling it BOFATFEOOHQ from now on. The flick escapes from Arkham Asylum February 7, 2020.