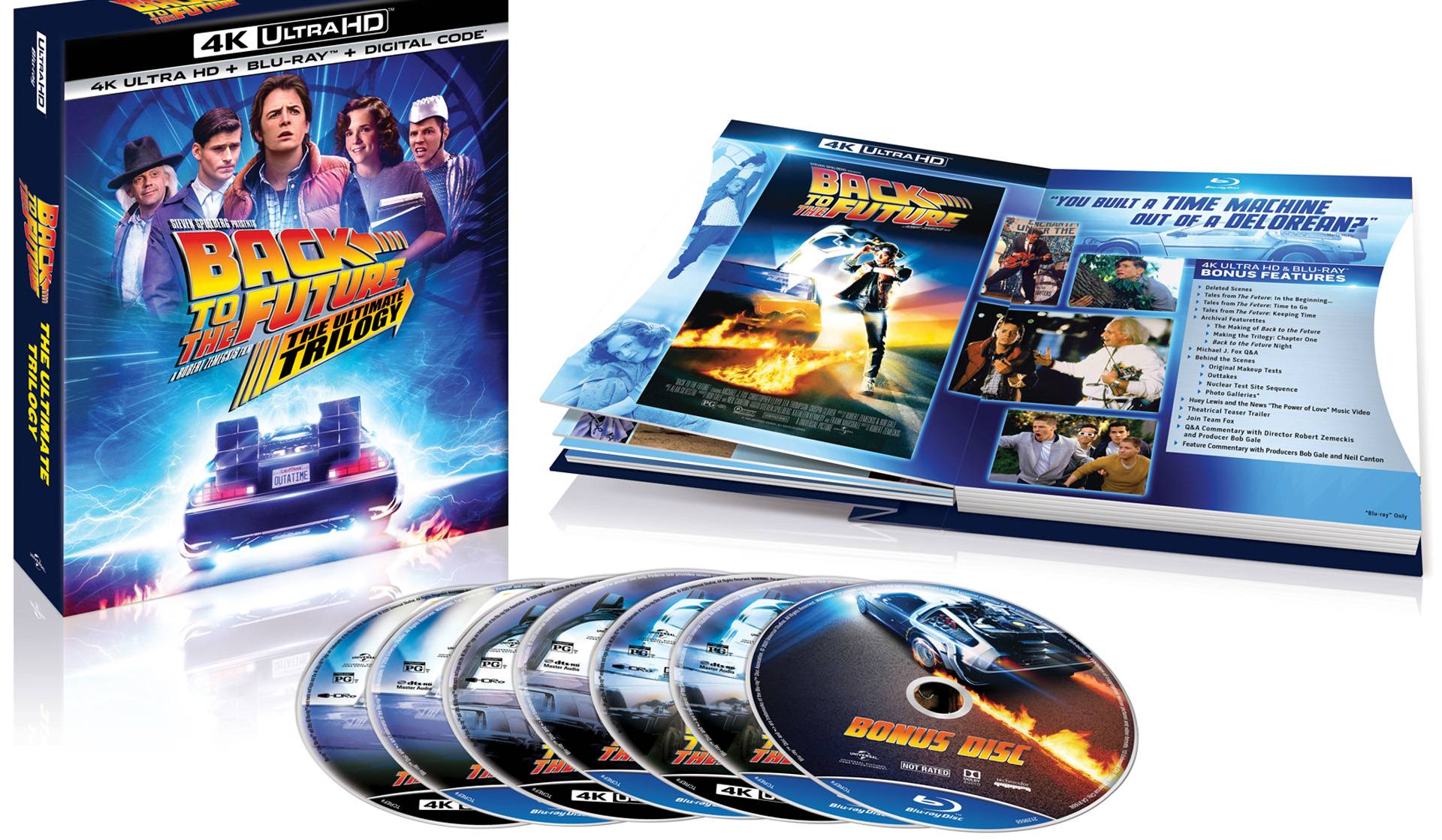 It’s considered one of the finest movie trilogies ever made. It cemented Michael J. Fox as a star, launched Chrstopher Lloyd’s career and is pretty much the only reason anyone remembers what a Delorean is. Its triumphant score ranks near the top of most movie soundtrack lists. And until now, it’s never traveled to our century’s finest home theater systems.

But that will change when Back To The Future: The Ultimate Trilogy speeds onto 4K Blu-Ray this October. These films have been available on plenty of other formats, so we’re gonna need some extra encouragement to double-dip (or triple dip, or quintuple dip, or octuple dip…) Universal dug into their vaults and found previously unseen audition tapes from now-famous people who never made it into the picture…

This is in addition to every previous feature that was on the original Blu-Ray set, adding to hundreds of hours of material. They don’t call it Ultimate for nothing.

This is another of those releases where every retailer will be offering a different version, but don’t despair — the differences are cosmetic this time. Amazon will be offering a Hoverboard replica with its 4K edition, Target will be doing the same but with the Blu-Ray set, and Best Buy will give you three collector’s Steelbooks.

Back To The Future: The Ultimate Trilogy will be released October 20, 2020.