PopGeeks recently had the chance to sit down and speak with music composer Austin Wintory. Wintory is an award-winning veteran who has worked on such big franchises as Assassin’s Creed Syndicate. He also received a Grammy Award nomination for his work on Journey, which marked the first time a video game score was ever nominated for a Grammy Award. His other credits include The Banner Saga and ABZU. Here’s what Wintory had to say about working on music in the gaming industry.

PopGeeks: Were you ever much into video games before you started making music for them?

Austin Wintory:  Without a doubt yes! I’ve been a gamer my entire life, but I only got into music around age 10. That’s part of what makes it a dream job for me in fact.

PopGeeks: I’m curious, when you get to work on a game project for a major studio or publisher, like Assassin’s Creed, how much access do they give you to gaming assets and material? Do they want you to play early builds of the game to get a feel for it so you can get started and create the sound? Or is it less complex than that?

Austin Wintory: It varies wildly from one studio and project to the next, completely irrespective of the size, budget, schedule, etc. Generally speaking though, most teams favor my interest to play and discuss the builds as early as possible. Though definitely sometimes we start from very fundamental basics, crafting themes and sound palettes from abstract concepts or concept art. I think there is no such thing as starting too early, no matter how rudimentary the building blocks are still. Letting ideas stew and subconsciously cook for a long time is an absolutely fantastic use of time when it’s available.

PopGeeks: About how late into the game development process do you think the music typically gets done? Is it usually later on, similar to film production where musical composition usually happens in post-production, or does it get done in pieces maybe?

Austin Wintory: Fortunately, most games don’t push everything to the 11th hour, so in that way it’s pretty consistently different from film. I would say on average each score I’ve done has had between 18 months and 3 years to complete. A few shorter and a few longer but that seems to be the norm. I’ve had to do scores in 3 weeks so anything is possible but obviously have a long time is a wonderful experience! 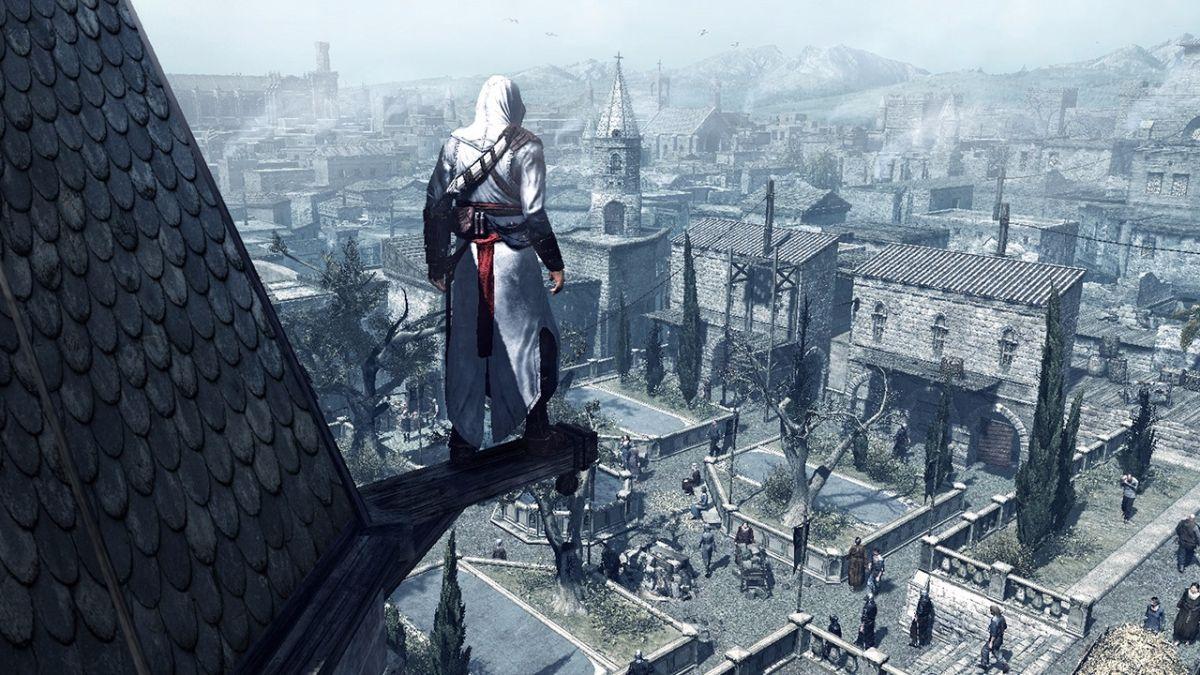 PopGeeks: ABZU was a unique gaming experience. It wasn’t a typical game, and it had this very unique musical sound. Your music really complimented the gameplay and sounded like what was being seen onscreen. The music flowed like the game’s underwater wonderland. Did you achieve what you wanted with ABZU’s music, and what were its major inspirations?

Austin Wintory: What a dangerous question, asking if I achieved what I wanted! Have I ever?? You’re very kind to call it unique, and that is certainly always the goal, but one is never satisfied. You never reach a moment where you say “a-ha! I’ve got it. It’s done, there it is!” Instead you just sort of wince, check the clock and say “well that’s probably as good as it’ll get.”

PopGeeks: Journey was the first video game in history to receive a Grammy nomination for its music. What was it like to be part of such a classic, iconic project that turned out to be a historical game changer?

Austin Wintory: It was, and remains, utterly surreal. That game company are legitimate geniuses and I feel very lucky to call Jenova Chen, plus the rest of the Journey team, good friends. It’s been over five years since the game came out and I still can’t really believe any of it.

PopGeeks: Journey turned out to be a classic, highly acclaimed and award winning title. Is it gratifying to reflect on where it started to see what it ultimately became?

Austin Wintory: I can really only repeat myself: it’s much more surreal than anything else.

PopGeeks: In my opinion, I’m seeing a decline in what I would consider potentially classic film scores in the entertainment industry. I find a lot of film scores are starting to become rather bland and homogenous. It seems like a lot of studios are just completely dropping opening credit sequences with great themes to really set the tone for the audience. Do you see this as an industry-wide problem in any way, or am I being unfair?

Austin Wintory: I think it’s unfair to call it a problem; I think tastes change. The studios are making what they want and this is the result. We are comparing to the scores that made us fall in love with scores, and anything different from that just feels lesser. It’s a human tendency; to mythologize the past, especially our youths. There are plenty of young composers and filmmakers on the rise today who would look at the landscape and feel inspired and excited to go and create (and who in 20 years will say “man, they just don’t make them like they used to!”)

PopGeeks: What was the score for a project that took you the longest to compose, and what was by comparison your shortest?

Austin Wintory: I think either Journey or Tooth and Tail were the longest times I’ve been on a project. The latter was almost four years I think, though obviously not continuously that entire time. But it went through a lot of iteration and re-thinking. The shortest was an iOS game I did with a Chicago-based developer (Phosphor) called Horn. A fabulous and very ambitious game. Sadly not played much by people, but a really wonderful thing to be part of. I had under a month for that one.

PopGeeks: Would you say Journey and the recognition the game and your music received from the entertainment and music communities are proof that video games can be considered works of art?

Austin Wintory: I guess so, but that presupposes that games NEED proof that they should be considered works of art. Anyone who would question that has a starting premise that I feel should be challenged, before we even go about defending games. Why would any creation be automatically stripped of the potential to be art. This interview COULD be part, and maybe it is or not, but why start from “It’s not, not prove that it could be.” I’d rather live in a world where everything has that chance. Also anyone who thinks that Journey was finally the tipping point for games-as-art clearly didn’t play many games before Journey… 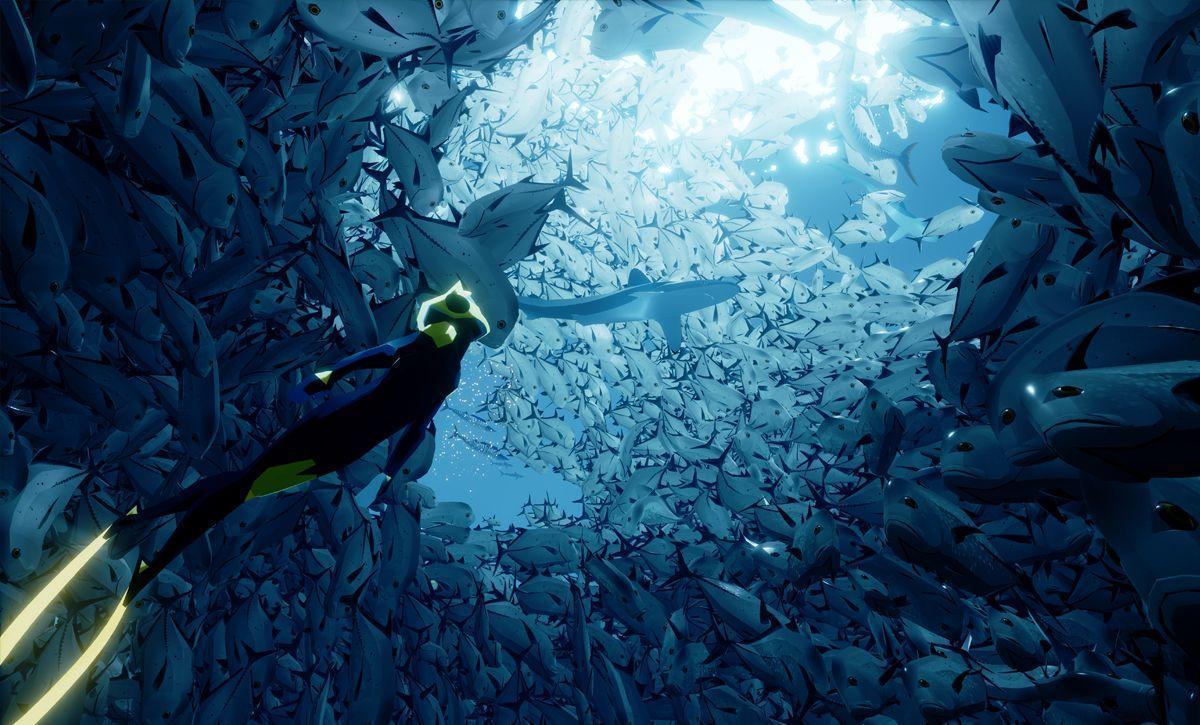 Thank you to Austin Wintory for taking the time out of his schedule to speak to us. His official soundtracks for Absolver, ABZU, and Tooth and Tail are available online now. You can find out more at his official website.

Jeffrey Harris, a movie, TV, video game, pop-culture, and UFC/MMA aficionado, resides in Los Angeles, California. He is a graduate of The University of Texas at Austin's Radio, TV, Film program. Jeffrey is a dedicated pop-culture geek and UT Orange Blood.
Ship of Heroes: New Villain Group Revealed Check Out The Promo For The Gifted’s Next Episode

Viz has a lot of manga coming out next month, and they

Assassin’s Creed Unity Is Free For The Next Week

The good news is, Assassin’s Creed Unity — the 2014 installment of

Pillars of Eternity II: Deadfire Gets A Publisher

Obsidian Entertainment’s Pillars of Eternity II: Deadfire now has a publisher. The

There have been some very interesting video game collaborations over the years,