Artsploitation Films has announced they’re bringing over the controversial Dutch film We to DVD and Blu-Ray next month. What’s so controversial about it, you ask? It’s the kind of “kids these days are out of control!” film where teens constantly engage in depraved acts for shock’s sake. If only their parents had raised them better!

During one hot summer, eight privileged but bored suburban teens begin to pull a series of harmless pranks which quickly escalate into increasingly depraved games. Their descent from innocence to ruthless predators involve arson, prostitution, pornography, assault and blackmail. Drenched in bared flesh and naked nihilism the film is reminiscent of the films of Harmony Korine, Larry Clark and Lars von Trier.

Korine was the director of Kids, a very similar film from the 1990s that got an equally similar reaction. We was directed by Rene Eller and was based on the novel “Wij” by Elvis Peeters.

We will arrive on our shores in two packages. One makes it looks like a typical party film (which it is certainly not)… 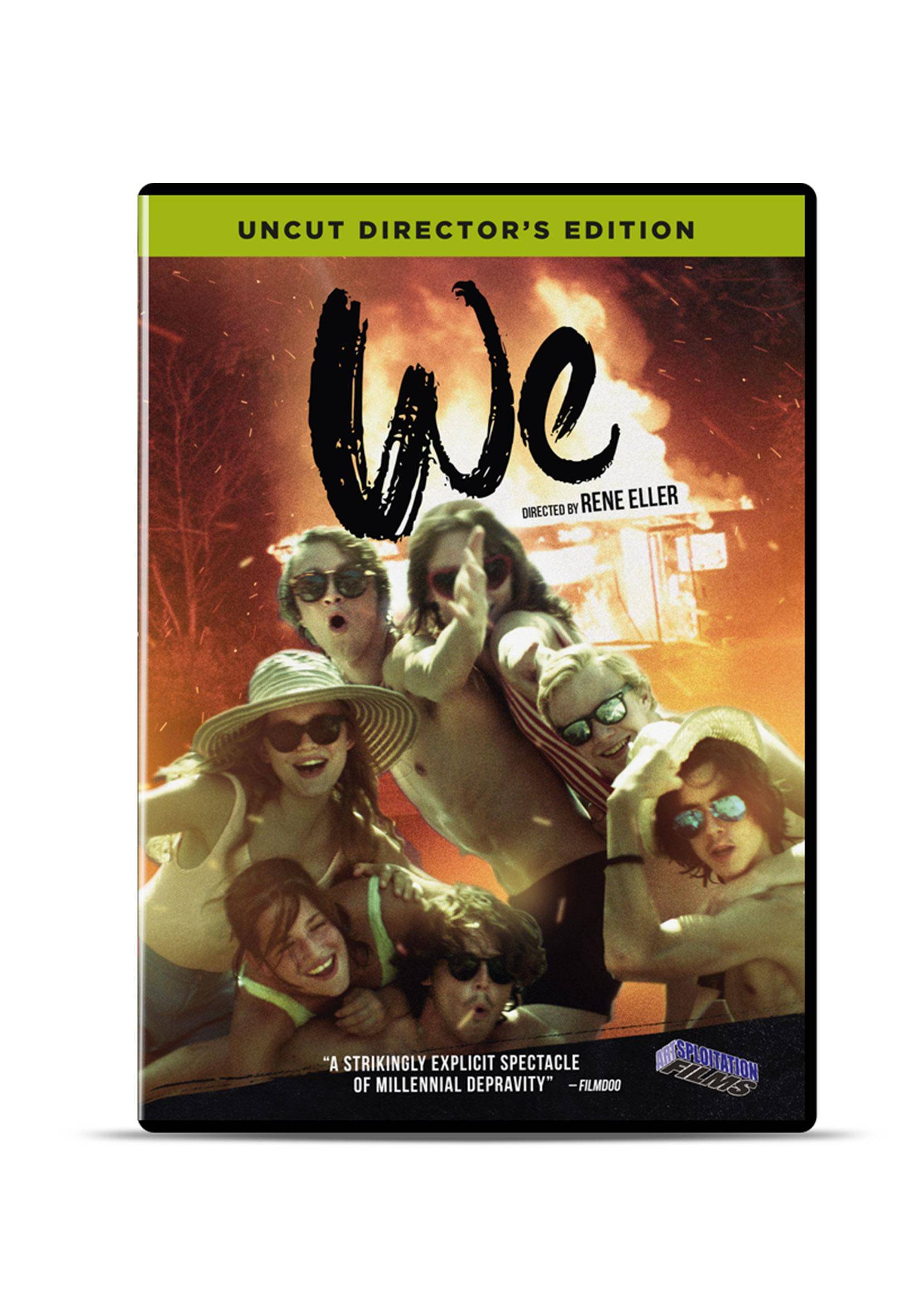 And the other, which we can’t show you, has the gang running through a field, completely in the buff, butts in the breeze. The logo is strategically placed to cover (most of) their cracks, but it probably won’t be available at Wal-Mart. The covers are reversible, so you can have the other version if you turn the sheet around….now I’m really hoping the stars of this movie weren’t minors.

We comes to DVD and Blu February 18, and will be streamable starting April 14.