Last month Arcade1Up finally announced a racing machine — their first. They are known for recreations of classic arcade machines for home purchase, and have offered near-authentic versions of everything from Pac-Man to NBA Jam (the only difference is a flatscreen instead of a CRT, and the fact that their cabinets are vertically smaller and require a booster box to raise to proper stand-up size). A racing cabinet was long overdue, and the game representing their foray was one of the finest examples, Sega’s OutRun.

It’s got everything: the wheel, the starter, the music selector, the shift lever and, most importantly, the brake and gas pedals. Arcade1Up also included three other games, most of which are sequels and spinoffs of OutRun: Turbo OutRun, OutRunners and Power Drift. BUUUUUT they made a surprise announcement this morning… 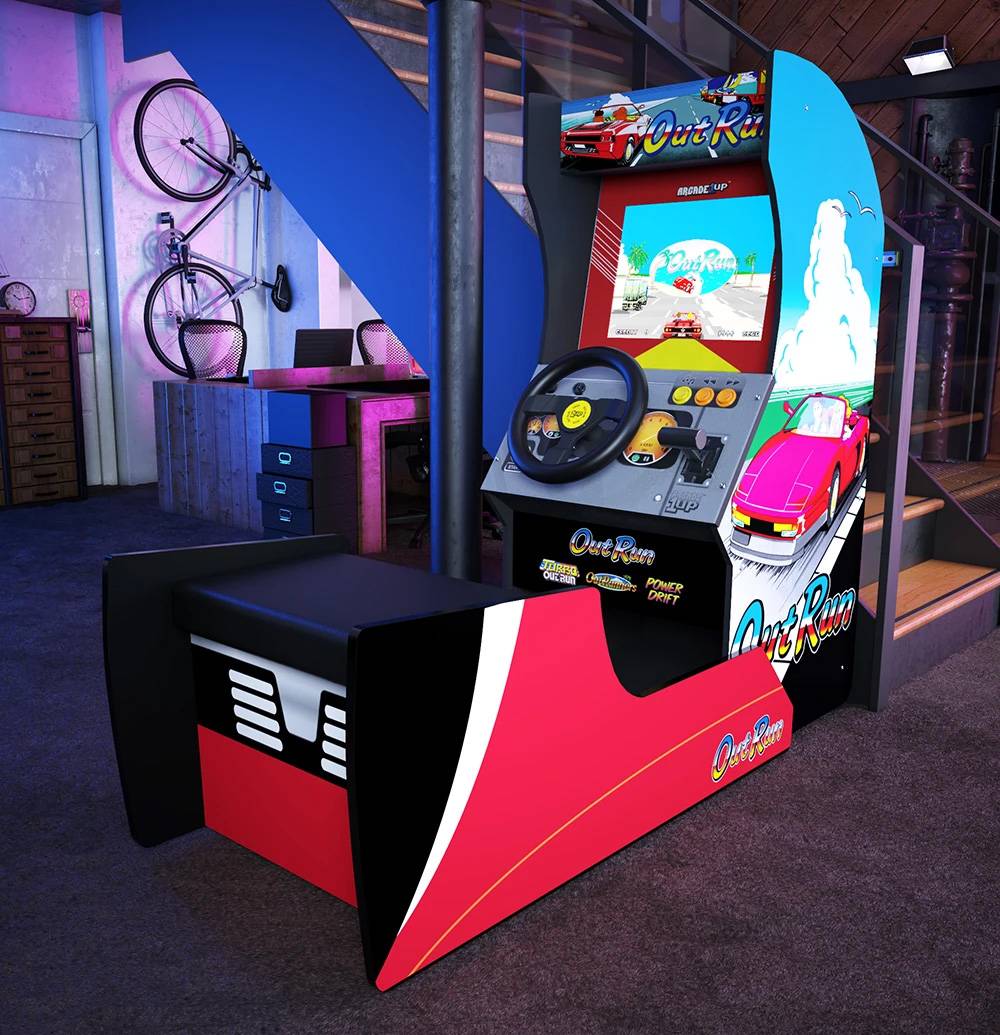 For the first time ever, Arcade1Up will be adding a fifth game to one of their machines, post-release. Arriving by Internet delivery, it’s Rad Rally. another Sega racer released in 1991. The original version was a two-seater that supported two players at once.

The OutRun Seated Arcade Cabinet is, for now, an exclusive product of the Arcade1Up website, and it’s one of their more expensive offerings at $500 (and it’s sold out). Even if it was there, it’s too late for the thing to arrive at your house by Christmas. Next year, though, we might see it at retail outlets, possibly even at a reduced price. And it’ll have five games!

Here’s What The Mandalorian’s Post-Credits Scene Means Yandere Simulator , You can now try to kill the second rival on the latest update patch