Ancient Explorers: The Lost City of Peru To Premiere At SDCC

San Diego Comic-Con is an ideal place to make announcements for new projects, but some people go so bold as to debut them there. Moras Productions is one such outfit that’s making this move, choosing to sell their upcoming adventure comic Ancient Explorers: The Lost City of Peru for the first time at SDCC.

Omar Mora, a writer, actor and producer, is behind the book, which he describes as “a novel – comic book hybrid.” We’re not sure how that works, but the plot is that two best friends and two archaeologists discover that they may know the location of Patiti, the lost city of Peru. What else can they do but journey there? Ah, but others are seeking to find it too, of course, and the four soon find themselves in the type of swashbuckling, death-defying adventure you typically get from chasing lost cities.

“I’m so proud of this book,” says Mora. “Ancient Explorers is a novel that I always wanted to produce as a comic book. When the pandemic hit, well the economy hit as well and I wasn’t sure if the finances will be in place to do the full graphic novel. So we decided to do it as a hybrid. And I’m happy I did it that way. If you don’t read the comic books pages within the novel, you’ll get lost, the comic pages is not just illustrations, they’re part of the story. And I think that makes it very interesting and cool. It’s such a fun and entertaining story.”

If you’re planning to visit SDCC and you want a fresh new copy of Ancient Explorers: The Lost City of Peru, visit table M-05, where Moras will be showing off their wares. The comic launches July 20, the same day as the con. 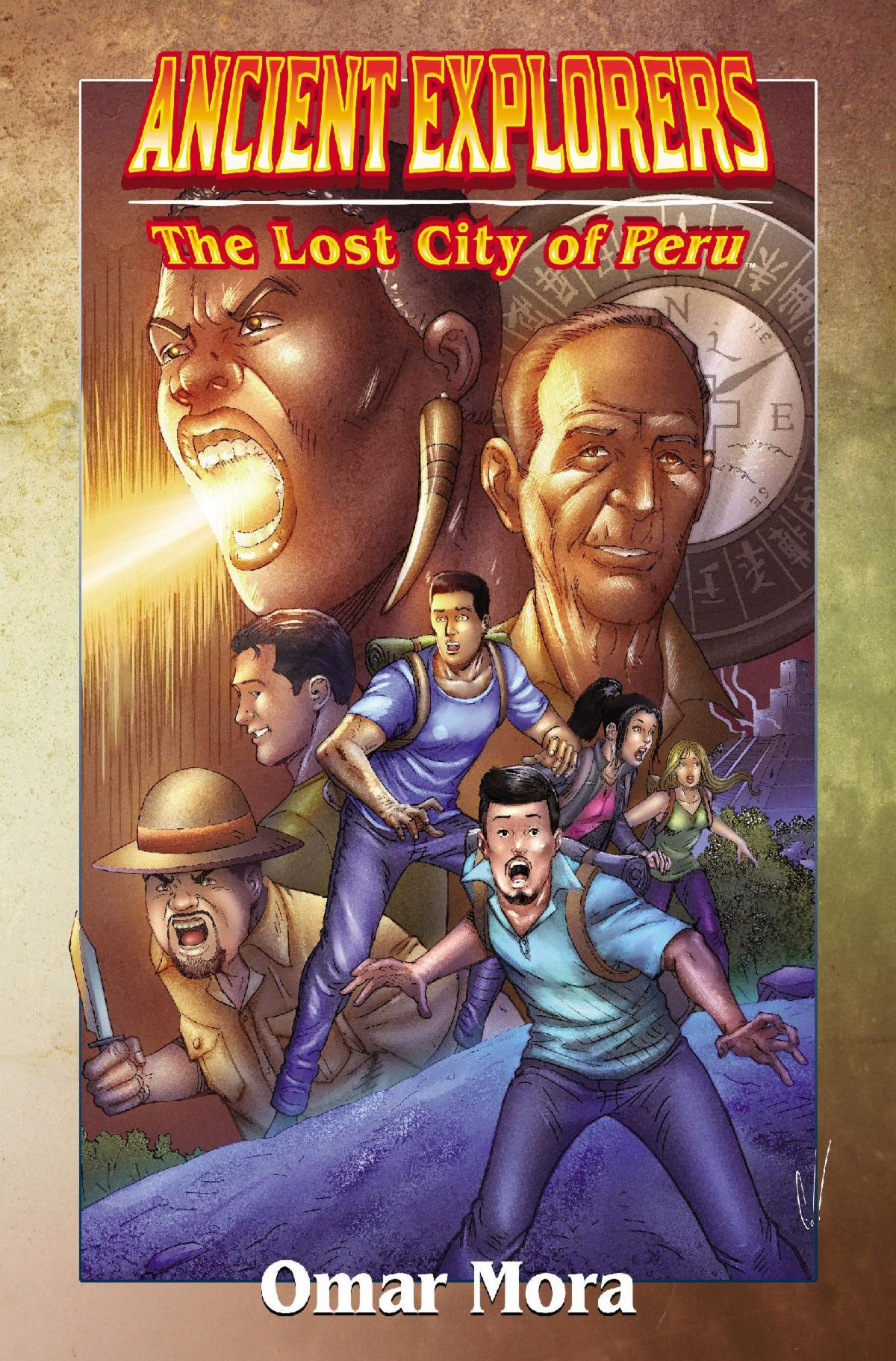