AMC Announces Isle Of The Dead For 2023

AMC is currently running what they promise will be the final season of The Walking Dead….but they said nothing about spinoffs! The main series may not get the ratings it did last decade, but the brand still has value, which means it must be milked dry. And the latest milking therof focuses on Negan and Maggie in Isle of the Dead (Oh yeah, spoiler alert: they survive to the end of the current series).

The Isle in question is Manhattan, now home to thousands of shambling zombies (or whatever they call them in that region), as well as plenty of dangerous regular humans. You know how the formula works by now: don’t get bit and play the game of post-apocalyptic politics. Lauren Cohan and Jeffrey Dean Morgan will reprise their roles and TWD series writer and co-executive producer Eli Jorné will be the showrunner for this one. It’ll be just like Frasier, except it’s a different city and there are zombies and Kelsey Grammer is nowhere in it.

“I’m delighted that Negan and Maggie’s journey continues,” says Morgan. “It’s been such a ride walking in Negan’s shoes, I’m beyond excited to continue his journey in New York City with Lauren. Walkers in an urban setting has always been such a cool image, but 5th Avenue, Empire State Building, Statue of Liberty? The greatest city in the world?”

Six episodes have been ordered for Isle of the Dead, which will premiere on AMC and AMC+ next year. If the current deal is the same, the episodes will appear on AMC+ first and then on cable TV one week later. 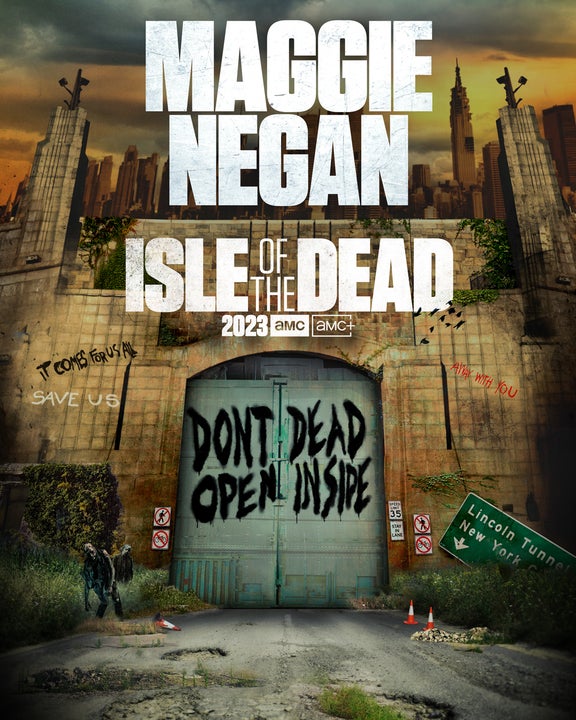 The Invitation, Her Ancestry.com registration leads to a horrifying incestuous family reunion