Action movie veteran Dolph Lundgren is back in Acceleration, a new film to be released by Cinedigm Corp later this fall.

Despite what Lundgren’s prominent presence on the poster and marquee might suggest, he is the villain in this picture, not the hero. Lundgren plays Vladik Zorich, a crime lord whose most trusted operative is an assassin named Rhona. One weekend Rhona decides she’s had enough of Zorich and makes plans to take him down. Zorich finds out about the plans and kidnaps Rhona’s son, threatening his life unless Rhona eliminates one of Zorich’s enemies. Can Rhona wiggle out from under Zorich’s thumb, topple his empire and save her son in one mission? 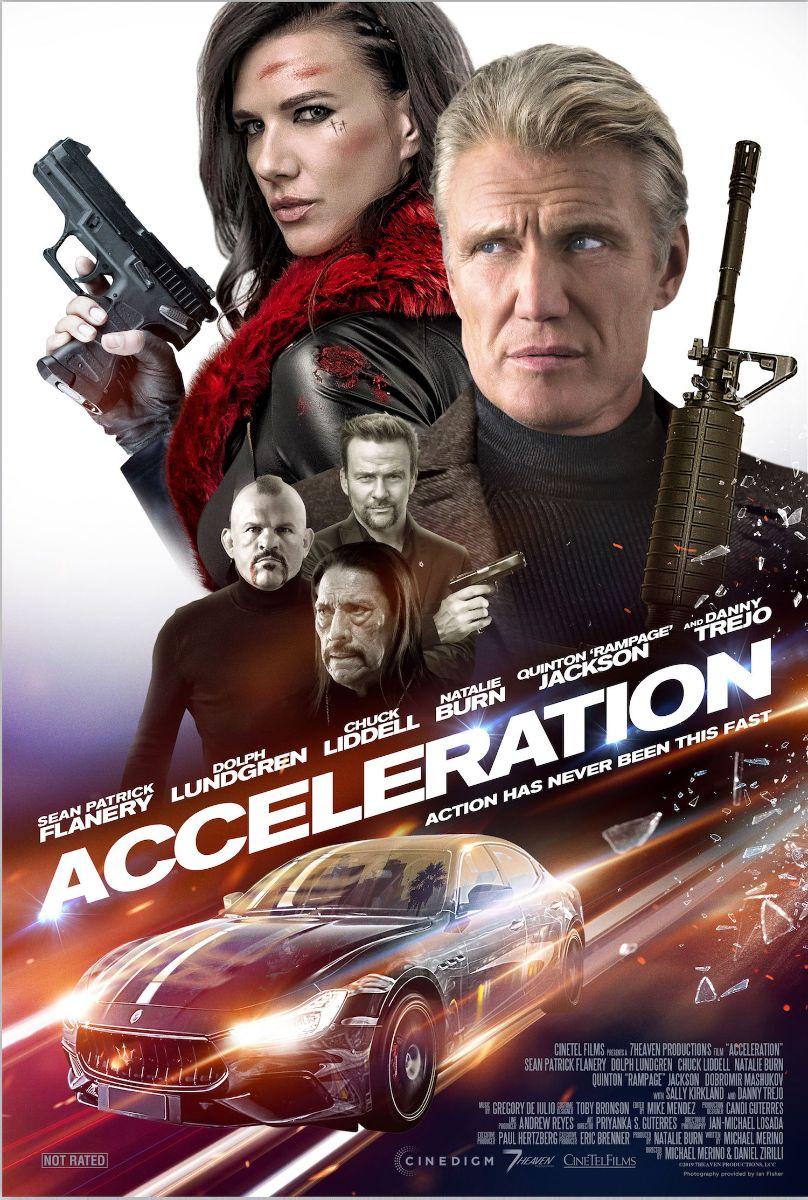 Acceleration will have a limited theatrical run beginning November 8, and will be released on-demand that same day. A Blu-Ray and DVD release will follow in December.

Vladik Zorich (Dolph Lundgren), a villainous crime lord, is double-crossed by his most trusted operative Rhona (Natalie Burn). Vladik’s propensity for power, control, and violence drives him to kidnap Rhona’s son forcing her to participate in a twisted plan to eliminate one of Vladik’s enemies. To keep her on a short leash, Vladik sets out the ‘rules’ to his ‘game’ and overseas Rhona’s every move as she navigates the darkened streets of Los Angeles. As her son’s life hangs in the balance, Rhona struggles to eliminate the most violent and depraved delinquents, however, Vladik underestimates the power of a mother’s love and finds himself losing control as his devious plan.

Virgil Films is now distributing the true-life drama TRAFFICKED, about the victims

Remember Kung Fu Ghost? We reported on the production of this crazy