A Series Of Unfortunate Events is a classic book series that was once tried to be made into a feature film, but, after its failure, they tried again and made it into a Netflix series, to great success. The two-part episode arcs (which coincide with an entire book in the series) proved very beneficial, and the series was given a full run. Which, we now know is three seasons long. Thus, with A Series Of Unfortunate Events Season 2, the need to continue the pace, and deepen the lore is more paramount than ever.

Thankfully, they did that, and not in the ways you might expect. A Series Of Unfortunate Events Season 2 is ten episodes deep telling 5 very different stories. The Austere Academy, The The Ersatz Elevator, The Vile Village, The Hostile Hospital and the Carnivorous Carnival. Each with their own highs and lows that you would expect from a series like this.

I think one of the underlying messages of this series (and this is from a person who hasn’t read the books) is that while your life (meaning the readers) life could be bad, it could always be worse. Often, stories have troubles for their characters in the beginning, and then they rise up to the challenge and overcome what’s oppressing them. But, as A Series Of Unfortunate Events Season 2 hammers home, that’s not always an option.

For each time the Baudelaires children seem to get something going, Count Olaf or someone else screws it up for them in the worst way possible.

Unlike Season 01, which really set up things in regards to what the main plot was (escape Count Olaf at all costs), and setting up the mysteries within the series (V.F.D., who are the Baudelaires parents, etc.), Season 02 expands on them in all the right ways. We get new characters like Olivia, Esma, Jacques Snicket, and more all shine here. My personal MVP is Esma, played by the very energetic Lucy Hale, who does several takes on her character that make her both enjoyable and breathtaking to watch at times. 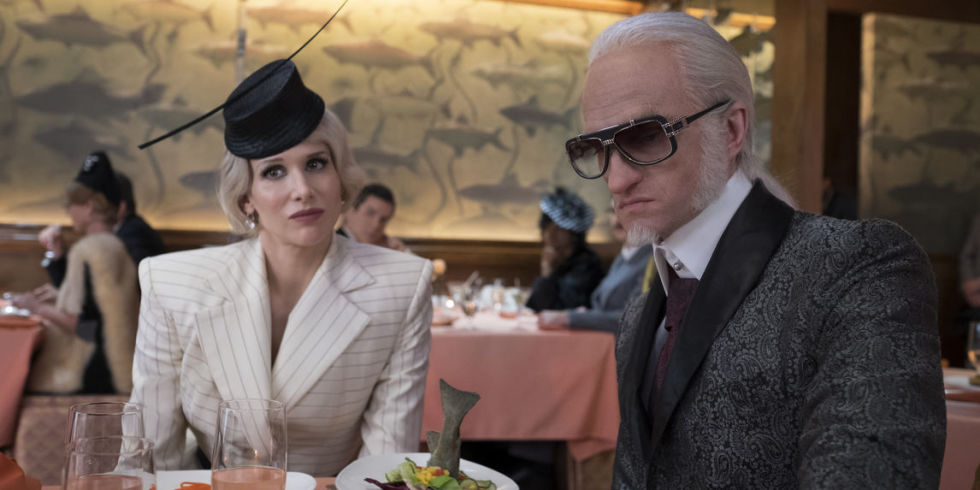 Then, there’s Nathan Fillion as Jacques Snicket, brother to narrator Lemony Snicket (more on him in a bit). Fillion totally kills it as Jacques, as he plays the perfect accent to make him sound not just perfectly cool…but also like a Snicket.

Other new characters liter the series, including the new children we meet in the Quagmires, who play a major role in the first six episodes of the season, which help drastically change the course and mission of the series in a way that’s much appreciated.

If you’re a fan of the main cast, don’t worry, all three Baudelaire children shine once again, and help carry the weight of the series while still being extremely sympathizable in regards to their situation. And their chemistry with the Quagmires is also very good.

As for Neil Patrick Harris, I think he has a much better (and funner) time in A Series Of Unfortunate Events Season 2. As he gets to put on much better accents in order to “sell” his characters and yet still prove why he’s a villain that is to be feared. And yet, by the end, you might understand more about him than you think you do.

Another thing I must stand and praise is the actors and actresses who help sell the grim and unfortunate situation the Baudelaire children are in. From a headmaster who is as mean and condescending as he is a terrible violin player, to a literal village of people who are mean and think children are only good for doing chores, and, of course, an idiot banker who doesn’t listen to anything the Baudelaire children say even though it’s obvious they’re right, it’s hard not to want to punch all of them in the face. And then some.

Now, if you’re hoping that this season will deliver you answers, you are in luck, for some of the episodes deliver big answers as well as some very big surprises that even I can’t believe I didn’t see coming. For example, you will find out what VFD stands for (and get plenty of red herrings along the way), and it’s definitely not what you think. Futhermore, some key lore characters will come forward and shock you into wondering how this is all possible. And you will even learn how Count Olaf started his crusade to get the Baudelaire fortune, and it’s REALLY not what you think. 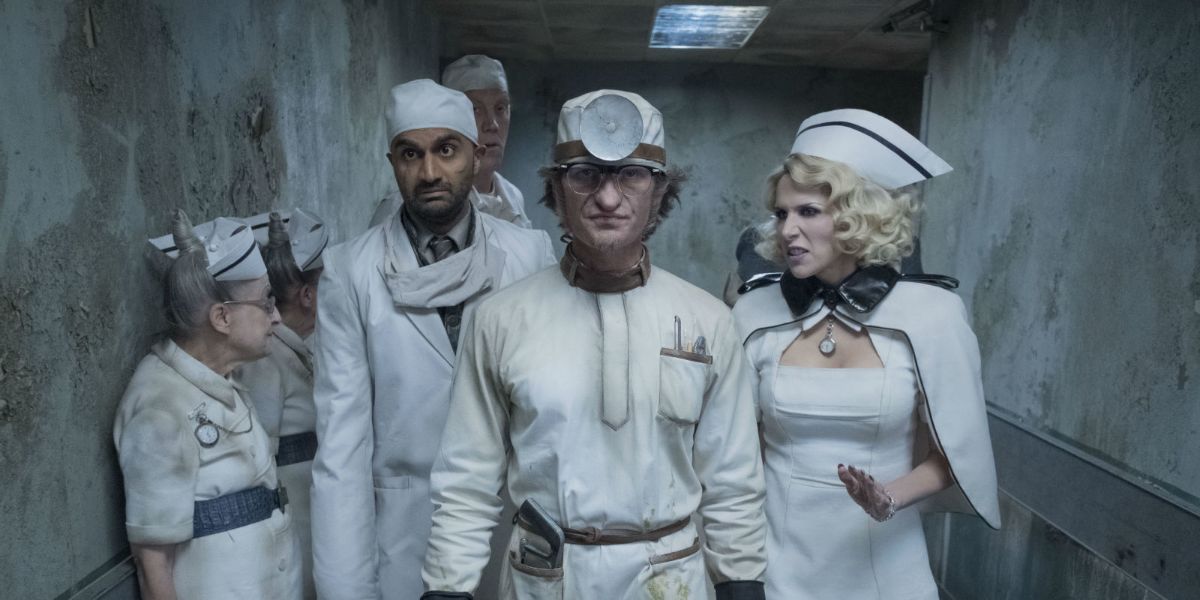 Before I get to the things I didn’t like, I must note that the sets for all five arcs are very well done. The characters, the tone, the use of colors (or lack thereof) all very much set the scene. Given that these stories often only have a few sets, it’s important to ensure they stand out, and they most certainly do.

However, there are some things that do stand out as odd or weird, even for this series. At the end of the first season, they had a musical number called, “That’s Not How The Story Goes”. It was a perfect capper on a season that was grim and very dark. In A Series Of Unfortunate Events Season 2, we get a series of songs that kind of fit the bill, but are so upbeat and oddly placed (one in the second arc and one in the last one) that it just doesn’t match what the original from the first season did.

Then, there were some odd “moral dilemmas’ that the Baudelaire children were forced to face that contradicted what they claimed about themselves earlier. For example, they said that their parents “taught them to survive.” Yet, in certain situations that required them to survive via certain acts, they hesitated, and wondered whether their parents would agree with their actions. It was very odd to see, especially given the context of the situations they were in.

Finally, while I always enjoy Patrick Warburton, I think they went to the well in his “explanations” on phrases a bit too much at times. In Season 01 they were much more diverse, where here, at least until the end, they were very much one-sided in regards to explaining what phrases and idioms meant.

Stil, for a second season, A Series Of Unfortunate Events did well, and they let the season on several cliffhangers of note that will leave fans aching for Season 03 sooner rather than later.