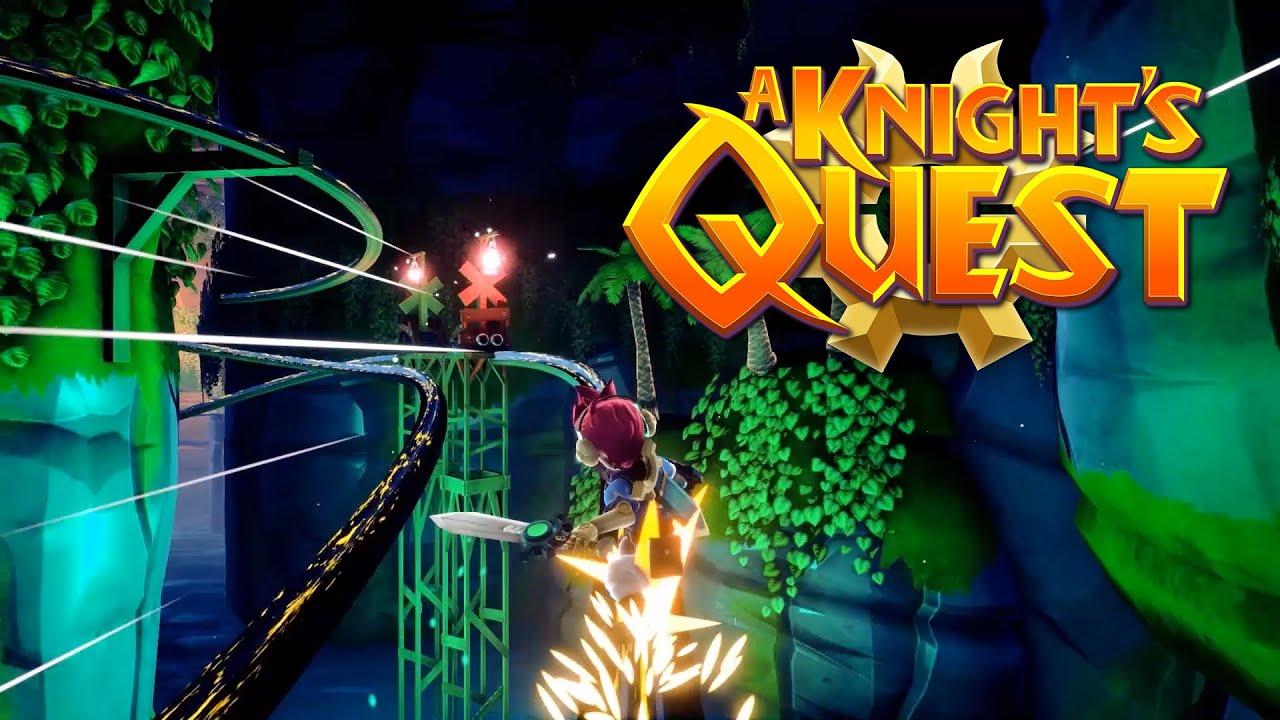 A Knight’s Quest, the open-world adventure love letter to the Zelda series developed by Sky 9 Games, now has a release date. And it’s….shockingly soon! Sky 9 has announced its date of release as next Thursday, October 10.

Meet Rusty: basically a Link wannabe. He has the sword, he has the shield, but he lacks the skill. Instead of saving the world of Regalia, he inadvertently dooms it….so he’ll have to embark on his journey solely to undo his mistake.

As in Zelda, he’ll have to explore dangerous dungeons, solve tricky puzzles, and learn the patterns of large bosses. And he’ll gradually collect items that will help him stand more of a chance. They’re called Spirit Powers here, and instead of items, they’re extra abilities Rusty will inherit on his journey. Fire, Ice and Time are some of the powers you can collect and harness.

Sky 9 Games estimates you can get 30 hours of playtime out of A Knight’s Quest. “Many modern adventure games introduce all kinds of additional systems – ones which can often become fussy when players expect finesse,” they say. “But A Knight’s Quest is an action adventure pure and simple. Combat is fast and fluid, and platforming a dream, with Rusty’s repertoire of acrobatic moves effortless to pull off.”

Dispatching enemies with a stylish thrust of the sword, rail-grinding across huge chasms high above tumbling waterfalls, wall-running over perilous traps or solving puzzles by controlling the elements – it’s all in a day’s work for Rusty, videogaming’s newest hero who’ll be making his debut in A Knight’s Quest, an epic adventure heading to PC, PlayStation 4, Xbox One and Nintendo Switch this Fall.

Start your journey in A Knight’s Quest this fall on Playstation 4, Nintendo Switch, XBox One and PC.

Magic: The Gathering To Become An MMO