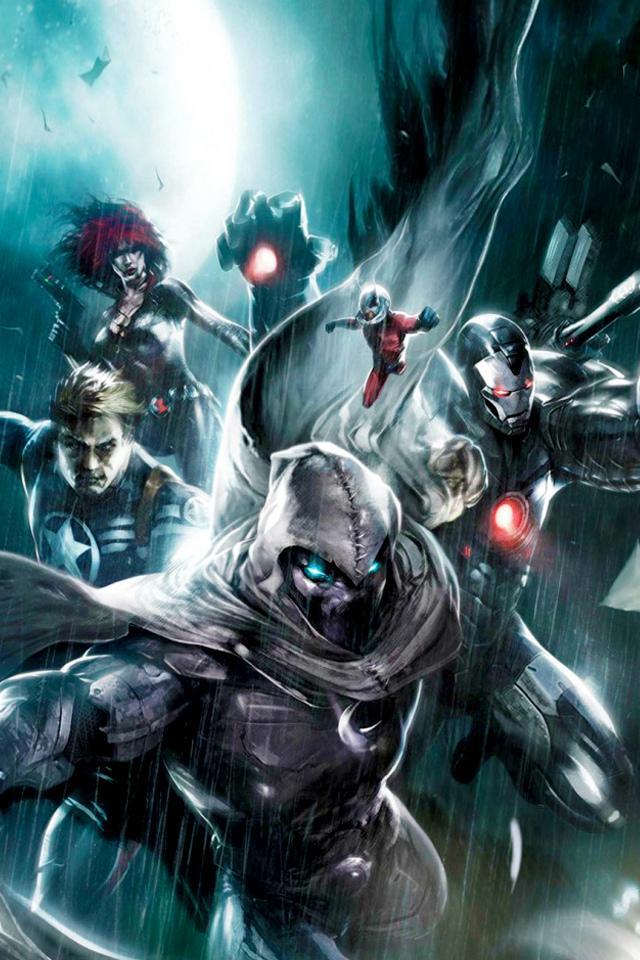 The Marvel Cinematic Universe has gotten a little bit stale in the past year or two, as it’s starting to seem like the studio is struggling to find new ways to challenge its heroes. It certainly doesn’t help that the audience is perfectly aware that no challenge is too great for the collective superpowers of the Avengers. Unless they throw us a curveball and suddenly kill off Iron Man or something (actually, there’s rumors this sort of fate is headed Captain America’s way), it’s hard for Marvel to concoct a surprise.

And that’s why it continues to be necessary for the studio to inject its cinematic empire with new heroes. You may have seen headlines to the effect of Ant-Man having had the worst opening for a Marvel movie in a decade. That’s true, but Pro Box Office’s list of highest domestic grossing films for 2015 still has Ant-man in the top-10, having earned over $170 million to date, just in the U.S. That’s a position most any studio would kill to be in.

Point being, new blood is good for Marvel. Avengers films may still be the biggest box office draws, but the proof is in the Ant-Man numbers that a lot of us still like an origin story with a new hero we might have once adored in comics, video games, or even older film franchises. So here are five heroes Marvel needs to go ahead and place on the big screen.

Some would argue the closest thing Marvel has to a Batman counterpart is Iron Man, in that both Tony Stark and Bruce Wayne are inventive billionaires who decide to take the law into their own hands. Others would point to Black Panther, simply because his costume looks like it was designed as a Batman ripoff. But when it comes down to it, Moon Knight might be more like Batman than either of them. Yes, he has a background in ancient Egyptian mysticism, but for most of his comic history, Moon Knight has been a wealthy vigilante relying largely on fist-fighting prowess. Sound familiar? Moon Knight even has multiple identities: Steven Grant being his daytime tycoon image, and Jake Lockley his humbler excuse to mingle in the streets.

Lately, there have actually been a few indications that Marvel’s getting ready to roll out a major Moon Knight announcement. To begin with, the character was added to the popular app game Marvel: Contest Of Champions, when previous character adds (such as Ultron, Ant-Man, and Yellowjacket) have accompanied film releases. No release for Moon Knight is that imminent, of course, but MoviePilot recently addressed a rumor that the character is getting his own Netflix series.

In some respects (though strict comic fans may wince at the comparison), Nova is like the Green Lantern of the Marvel universe. He’s basically a kid named Richard Rider who’s bequeathed with the power and responsibly of an intergalactic peacekeeping force. He ultimately becomes the super-powered hero Nova, who’s bounced between Earth and space over the course of a lengthy comic history.

The addition of Nova to Marvel cinema makes a certain sense given that he’s been connected to both Thor and the Guardians of the Galaxy in comics. The character could add a fresh, Earth-bound connection to films featuring these more cosmically inclined heroes. Additionally, with casting rumors swirling over a DC reboot of Green Lantern, Nova could be a nice counter by Marvel.

Elektra has a bigger existing presence in modern entertainment than the previous two heroes listed. That’s partially because she was already portrayed (by Jennifer Garner) in film, once in 2003’s Daredevil and again in the awful 2005 spinoff Elektra. Additionally, Elektra actually still lingers alongside other popular Marvel characters in some gaming spheres. Betfair’s collection of casino games, in addition to classic card and table games, is known for including a lot of licensed Marvel games, and in spite of her terrible film, Elektra still makes the cut. Alongside games employing the likes of Iron Man, Hulk, Captain America and Co., Elektra is right there spinning her twin sai.

So why try again? How about because Marvel desperately needs a female lead. Captain Marvel/Carol Danvers is on her way to the big screen, but Elektra may actually be better poised for a release, given the success of the Daredevil show on Netflix. Hollywood Reporter actually claims that French actress Elodie Young has been cast to bring Elektra into that same series, but a cinematic adaptation would be wonderful, too.

Remember the 2004 film The Punisher? That’s OK, neither does anybody else. This might have been the most utterly forgettable hero film created in the 21st century (except or its 2008 follow-up). Given that The Punisher is a pretty popular character in comics, it may be time for a reboot. Like others on this list, The Punisher has a fairly strong presence already in modern gaming, featuring in collaborative games like the aforementioned Contest Of Champions app, as well as in an awesome 2004 game for PS2 and Xbox.

This is one reboot we could actually see in development fairly soon. Marvel got the rights to The Punisher back—Lionsgate made the previous films—and with the Daredevil series and the upcoming Deadpool film pioneering a more adult version of Marvel content, there could be free reign for the darker stylings of The Punisher.

For those unfamiliar with this name, he’s more or less Marvel’s Aquaman, except he has strong ties to the lost city of Atlantis and fought beside Captain America in World War II. He also happens to be one of the oldest characters in the Marvel canon, having debuted in comics in 1939.

News-a-Rama explains a film rights situation that’s probably one of the main hold-ups to Marvel creating a Namor film or franchise. As we’ve seen (and are continuing to see) with other characters, though, Marvel seems to stay in on these issues until it gets cinema rights back. For that reason it could be a while, but we shouldn’t count out a Namor film, particularly if DC strikes gold with its upcoming Aquaman experiment.